Girl, You Need to Beehive Yourself 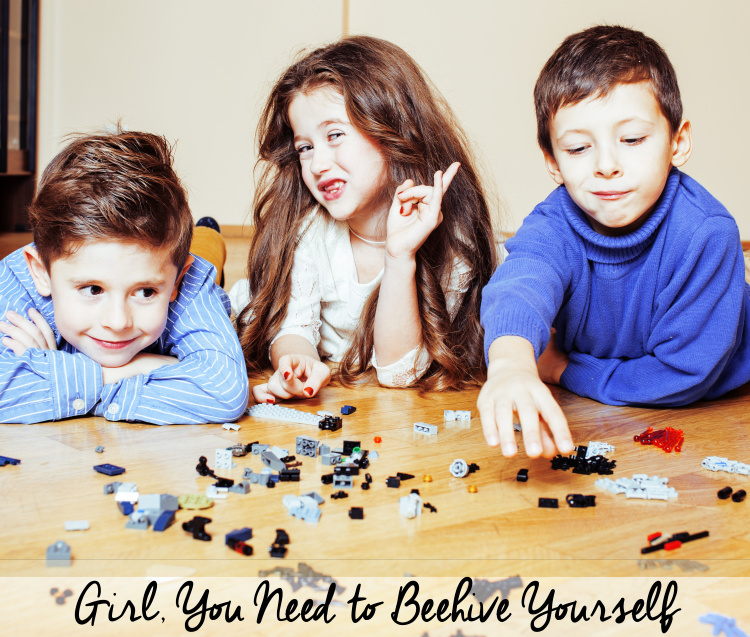 This is my daughter’s third year of First Lego League. If you tuned in last year, you’ll know her team made the state finals. This year, they came close – they are the alternate team for states. For those of you unfamiliar with First Lego League, it’s not just building with block toys—there are three parts.

The adults involved with the team couldn’t be prouder of our team’s performance, having spent the season wrestling with a very challenging board and an extremely finicky bot. It had a wonderful habit of working just fine UNTIL SOMEONE WAS WATCHING. Sigh.

Parts II and III of the competition are usually where my daughter shines. She likes the Lego building and programming okay, but more than that, she loves a good challenge. This year, the theme was animal-based and my animal-loving, 4-H attending, farm-volunteering daughter was in project heaven. She outlined about a dozen animal problems and solutions, primarily around her favorite animal – dogs. She had some pretty ingenious concepts including a Roomba-style device that would automatically pick up the dog waste in your back yard, mix it with ash, and redistribute it in your garden as fertilizer, and a device modeled after existing ultra-wideband technology to help you recognize and understand a dog’s emotional state, so you know when a dog is agitated and potentially dangerous.

Unfortunately, she was the only girl on the team and the boys, having just been on a field trip to see a beehive, were obsessed with bees. Bees are important to our environment, and they are disappearing, which is a huge issue. And my daughter was not opposed to doing a project about bees, but she felt outnumbered and ignored when she tried to present her ideas, and wondered if it was because she was a girl. This made her wonder if maybe she shouldn’t be on the team anymore.

We talked about it and I was torn. I wanted her to stand up for herself, but I didn’t want the boys to give into her just because she played the “girl” card. Especially since I suspected the boys’ lack of interest stemmed more from the excitement of being at the beehive and saving an endangered creature than because she was a girl and they were ganging up against her.

In the end, rather than whine, or cry, or complain, or quit, she decided to ask the coach if the boys could come to visit an office to see a live demonstration of how ultra-wideband technology is being developed for veterinarians to help the health of dogs. This way they weren’t basing the decision solely on having just been to a beehive. It wasn’t too surprising that the boys were equally taken with the UWB technology (and the dogs).

In the end, they compromised. They used the ultra-wideband technology from the dog product to create a smart beehive that helps monitor the health of bees without disrupting their processes. For this project, and for their ability to work together, the team also received a special Judge Award. For keeping a level head, proposing a logical solution and compromise, and not giving into the inclination to take it personally, my daughter also received a special Fudge Award, which came from me in the form of Ben and Jerry’s ice-cream.

Editor’s Note: Kids who love challenges, Lego League, science, technology, engineering, bees, or dogs (so pretty much every kid) will love MUSE Magazine: MUSE isn’t serious. It’s brainy fun for kids who need to know.  Try out this FREE article about honeybees and the hive mind for a sample of the kind of storytelling you can expect from this award-winning magazine. 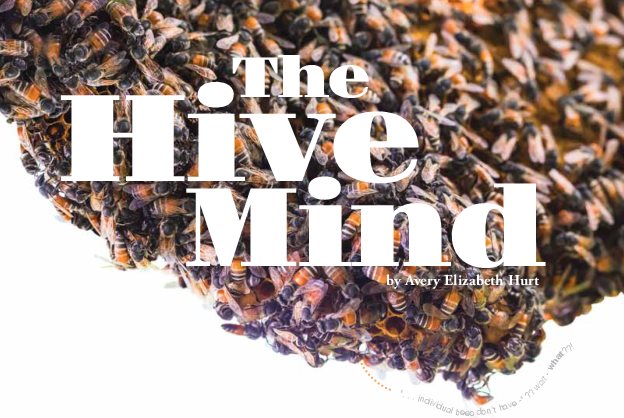 Cricket Media Mama asks moms and dads everywhere to be vigilant about helping girls find ways to be heard without making it personal.