Real Heroes for Black History Month and All Year Long 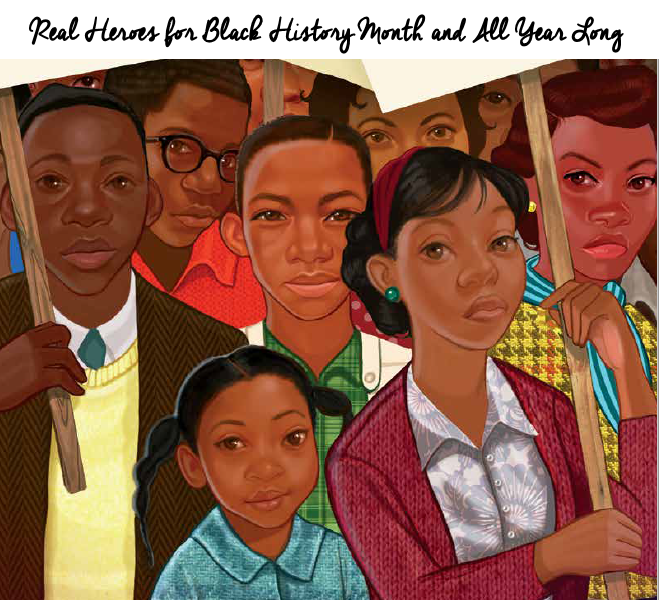 While the calendar might compel the American public to focus on Black history specifically during the month of February, Cricket Media magazines feature stories, articles, and news highlighting the achievements of Black Americans living and dead throughout the entire year.

In COBBLESTONE, our American history magazine for kids ages 9 to 14, you might find profiles of Black Americans who have changed the course of our country’s history such as Frederick Douglass or an in-depth look at the Civil Rights Movement and its leaders.  In our science magazines, such as ASK or MUSE, you might find reference to science pioneers such as mathematician and astronomer Benjamin Banneker and microbiologist Ruth Ella Moore. In our literary magazines, such as CRICKET and SPIDER, you’ll find stories and poems written and illustrated by contemporary Black American writers and artists such as Brian Pinkney or Nikki Giovanni.

We’ve written in previous blogs about Cricket’s history of celebrating diversity. From the inaugural issue of the magazine in 1973, the founders of Cricket have always been committed to representing children of all skin tones, faiths, genders, and nationalities. This is a commitment we here at Cricket Media honor to this day…not just during certain months, but all year long. We hope you’ll share these magazines with your children so that every month, not just February, can be a celebration of the people and events that shape the world.

Share this story about young Frederick Douglass, the slave who learned to read, by Linda Walvorred Girard, illustrated by Colin Bootman and the poem Books by J. Patrick Lewis with your family. 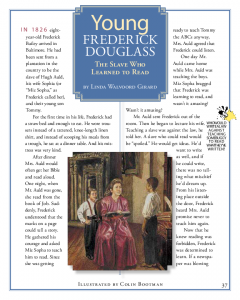