That Kid Who Sits Across from Your Kid 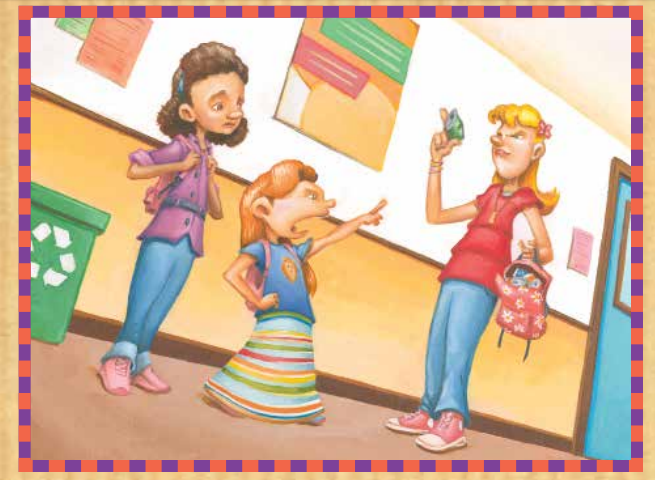 The seating chart was changed in my daughter’s elementary school classroom last week and ever since I have heard daily stories about the boy who now sits across from her: about how he is mean to her, how he threw (multiple) pencils at her, how he called her names, how every time she opens her mouth he tells her to shut up.

I’m not the type of parent who hears these stories and gets on the phone to the teacher for a seat change. There are people in this world who you are not going to like and I believe it is my job as a parent to help my daughter develop strategies for dealing with them.

And I suspect this boy’s behavior isn’t particularly directed against my daughter. From the stories my daughter is bringing home, he seems to be a troubled kid and his troubles are spilling over into the classroom. So that means whoever sits near this poor child is going to be a target. My daughter is tough. She is confident and resilient and capable of standing up for herself. My guess is that is why the teacher put her in that seat. And so for me, this is a teachable moment of how to deal with a bully.

My daughter and I started out by talking about the reasons Joe (not his real name) might be mean to others. I know nothing about Joe’s home life (I’ve never even seen this child) but we discussed broken homes and fragile homes and some kids with no homes at all. We talked about having big feelings and not having anyone to tell them to. We thought about what it might be like to be in a place where you don’t get enough food or love or attention. Although I don’t get the feeling this is the case, we even tried to imagine what it would be like to be in class and have some sort of special need, such as autism, that isn’t being addressed. Then we started looking for strategies that might help.

A little more than a year ago, I wrote a blog about bullying called Putting Bullies in their Place.  At the time I didn’t have any bullies in mind, but now that there is an ongoing situation, I returned to this blog for some tips. As long as the situation doesn’t get out of hand, my plan is to have my daughter try the strategies and see what works and what doesn’t. She’s already tried being friendly to Joe (nope), empathizing with him (nope), and asking him to stop (definite nope). Today we are going for ignoring. I’m guessing the effectiveness of this strategy will depend on how good my daughter is at actually ignoring him. If she is half as good at ignoring him as she is at ignoring me when I ask her to turn off her iPad, it might work.

And I will also share the story below “The Bully and the Can Queen”, which appeared in SPIDER Magazine a few years ago. It may not be a perfect match for my daughter’s situation, but it does a good job of reminding us that you can’t always know what someone’s motivation is and that kids are so much more than the face they present to the world.

The Bully and the Can Queen