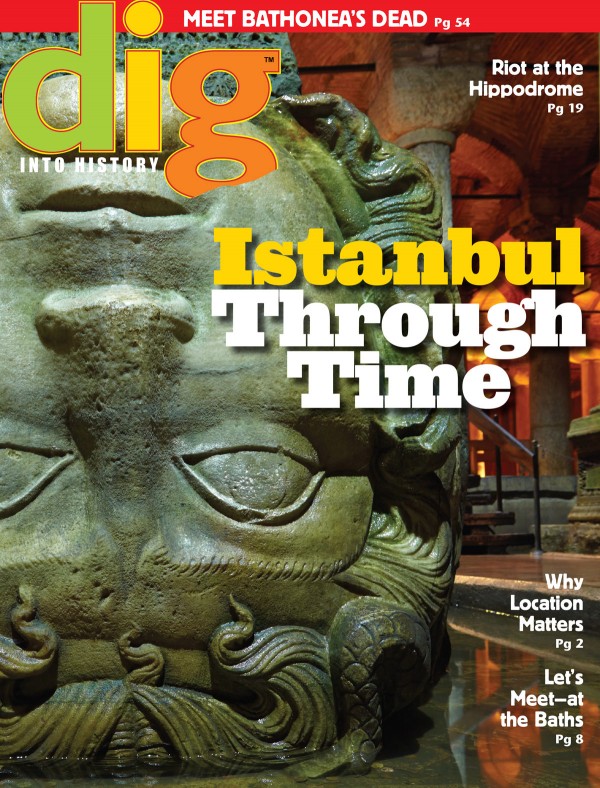 A few years ago, I decided it would be a great learning experience—for me and for readers— to focus an issue on a specific city and trace its history from ancient times to the present.  DIG has now being doing just that, and it’s been great fun. Among the cities featured thus far are Rome, London, and Paris. So, which city should be the next choice? There were so many possibilities. Why not Istanbul, I thought? It certainly would have much to share. Was I ever right!

But in order to make this issue to come to life, I needed people directly in the field. Luckily, I knew just the person I would ask—Mark Rose, a classical archaeologist whose list of friends and acquaintances in the Middle East is endless. Right away he put me in touch with a husband and wife team—Sengul and Haldun Aydingun. Both are archaeologists, and it was Sengul who discovered Bathonea, a long-lost Roman town right on the coastline of present-day Istanbul. The subsequent finds have been fascinating and date to the period when Rome controlled much of the Middle East.

The finds of skeletal remains are enough to take your breath away—just the thought that these people really are just like us today–they, too, worked, learned, and dreamed about tomorrow. But, I wanted to go even further back—to Neolithic times and what such finds could tell us! Still, I did not want to stay in the very ancient past for the entire issue. I wanted to move forward to the hustle and bustle of the Roman and Byzantine empires, to “meet” Constantine and find out why he chose the site of present-day Istanbul as his “new Rome” and what his choice meant to the Roman Empire.  Then there was the emperor Justinian and his wife, Theodora! What a strong and determined personality she was—especially when riots threatened to topple her husband.

The city’s story was beginning to unfold before my eyes—I could visualize the people settling, building, accommodating, failing, trying again—oh the stories were so many.  How best to tell the city’s tale—that was the difficulty! Personalities definitely played a role in shaping its history, but another approach could be the architecture, the structures each ruler built, renovated, enlarged. These definitely could tell the story of the city—in an exciting way and awe-inspiring way. That was the angle – the angle for which I had been searching. And, it would allow me to focus an article on Hagia Sophia one of the most beautiful buildings in the world. 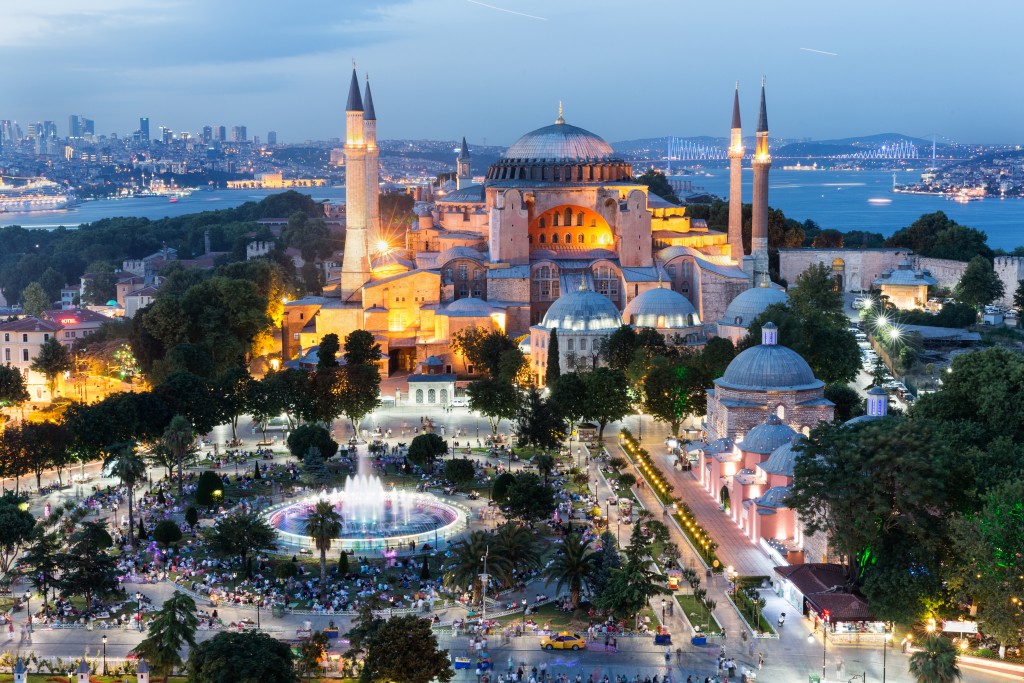 Istanbul’s Hagia Sophia museum, considered one of the most beautiful buildings in the world, was used as a church for 916 years, but following the conquest of Istanbul by Fatih Sultan Mehmed, Hagia Sophia was converted into a mosque. It was used as a mosque for nearly 500 years before becoming a museum in 1935.

Now I was ready. While choosing what to include is always difficult, it is also important to cover a theme in a way that allows readers become effortlessly immersed in the topic and come away feeling that the topic is now a “friend.” Istanbul been a great issue to work on, and I’m so excited to have you join us in February 2016, when DIG Into History will focus on “Istanbul Through Time”!

Rosalie Baker co-founded the magazine Calliope in 1980, took on Dig in 2000, and then merged the two magazines into Dig Into History in 2014. Read more about Rosalie and her career. For more amazing archeology be sure to subscribe to Dig Into History.

Revealed for you in this issue are the facts, myths, and discoveries that have made the powerful Ganges River the center of the universe for countless people through the millennia.   Even though I have done several issues on Indian history through the years, the Ganges River was a topic that ex […]

Every year, as I draft my theme list, I feel that overwhelming feeling of so much to learn and so much to experience—and that what I know is so very little. I think that is probably one of the greatest thrills of being the editor of DIG, the broadening everyday of “my horizons.”   Who [&h […]

Have you ever wondered about the people behind your favorite Cricket Media magazines? These talented editors and designers work hard to make sure each page of their publication delivers “the best of the best” for their audience each month. We decided to ask some of these busy folks a few questio […]