You may not have known this, but it’s Native American Heritage month. Originally proposed at the turn of the century as a day to of recognition for the significant contributions of the first Americans, the effort grew into a month-long celebration of heritage, history, and what helped shape our nation.

I can’t imagine not supporting this endeavor, but at the same time, I live in the D.C. area, which is a hotbed of controversy around a certain NFL football team that will remain nameless, so I feel like a bit of a hypocrite.

Look, full disclosure: I am not a football fan (or a big sports person in general), evidenced by the fact that I am currently winning my fantasy football league simply because I have absolutely no idea what I’m doing. I also never paid much attention to the hullabaloo about the D.C team’s name. In theory, I supported changing it, but I didn’t put much thought into it because, well, it was sports.

However, as my kids grow up in this area, I find myself becoming more sensitive to this issue. I’m not going to get preachy on my thoughts on the team name, I promise. While I disagree with the name, I do believe in freedom of speech. I see both sides of the argument and am always wondering how to present it to my kids. Which brings me to what I want to ask in today’s blog: how do we raise kids in a world where these controversies exist without making them a bigger issue than the kids may see them as?

On the one hand, if I don’t say anything about a term that troubles me, and my kids hear that the term is racist, does my silence suggest acceptance, or even approval of it? On the other hand, what if I tell them that we can’t support the D.C. team because the name is racist, but the only context they know for this term is in relation to potatoes? Am I just introducing or exacerbating the situation to the next generation?

It’s a hard line to draw, and I’m not sure what the right answer is.

For the time being, honoring different cultures with celebrations such as Native American Heritage Month is a good way to bring different ethos to the forefront of our thoughts. Embrace them. Use them as chance to reflect upon the amazing contributions that have been made by all cultures and peoples of this country. These celebrations are an opportunity to teach sensitivity, awareness, and remind kids that kindness matters above everything else.

One such way to celebrate is to think about a different sport that Native Americans created: Lacrosse. Check out the article below which appeared in Dig a few years ago.

War’s Little Brother to the Rescue
By R. Anthony Kugler 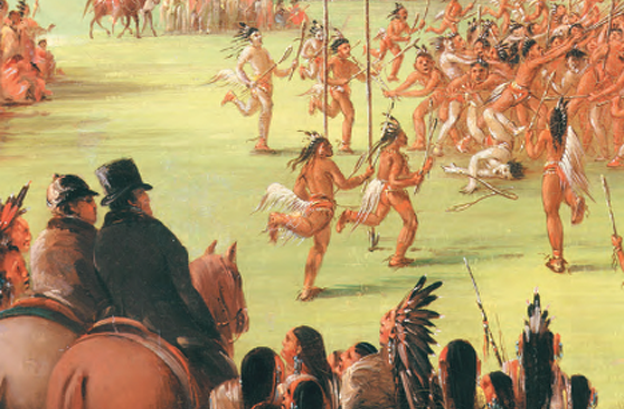 One of the oldest American ball games still played today is lacrosse. The name is French, but the game is Native American. As French fur traders moved westward in the 17th and 18th centuries, they found tribes throughout eastern Canada and the area that today is the United States playing a fast-paced game with a deerskin ball and long wooden sticks.

Different tribes preferred different stick styles, but all lacrosse sticks, then and now, have a small, curved net at one end. According to tradition, it was the curve of the net that gave the game its name, for it resembled the hook at the end of the staff (called in French la crosse) that was carried by a French bishop as a symbol of his religious authority.

Native Americans referred to the game in many different ways. The Creek, a powerful tribe in the southeastern United States, called lacrosse “little brother of war,” because they considered the exertion and violence that were part of the game to be ideal training for battle. It is also true that lacrosse games were sometimes used as an alternative to war in the settlement of disputes, so the Creek term is doubly appropriate.

Each tribe had its own rules and style of play. While most tribes gave each player one stick, the Choctaw, another southeastern tribe, gave him two, one for each hand. The number of players on each side, the length of the game, and the size of the field also varied. Some games involved hundreds of players on a field stretching for miles. In every game, however, the object was the same: to get the ball into the opponent’s goal without touching it with one’s hands. Almost everything else, however, was allowed, including kicking and punching.

Most teams took part in elaborate religious ceremonies before a game, in part to ask for divine help. The rituals, however, were about more than victory. Lacrosse games helped players see their lives in perspective. Everyone had to struggle; everyone had opponents; friends and allies were necessary for survival. These were the lessons of lacrosse, and they were expressed and emphasized in the pre-game rituals of chanting and dancing.

One of the most famous lacrosse games took place in 1763 at Fort Michilimackinac, a British outpost on the eastern shore of Lake Michigan. The precise circumstances are unclear, but most historians believe that two tribes, the Ojibwa and the Sauk, were determined to expel the invaders. There were two problems, however: the fort’s high wooden walls and the firepower of the British guns. Somehow the tribes had to lure the British out of the fort and away from their weapons.

Suddenly, the answer seemed clear—a lacrosse game beneath the walls. The tribes knew that the game fascinated Europeans, and that many of the soldiers would be especially attracted by the prospect of betting on the outcome. Dozens of warriors, their weapons hidden, gathered at the fort. The game began, the British soldiers left their posts, and Fort Michilimackinac fell.

Cricket Media Mama has lately found herself watching football and yelling at the TV every time the tightback and quarterend on her fantasy team scores hits a homerun and scores a goal. Sports, sports, sports.

As the editor of Cobblestone, It is rare for me to know nothing about a theme before I begin working on it, but that’s what happened with the October 2015 issue on Spiro. My colleague, Rosalie Baker, invited me to do a companion issue on the subject with Dig Into History, Cricket Media’s magazine about world history and archaeology. Turns out, Spiro makes a great issue for a magazine about U.S. history, too. 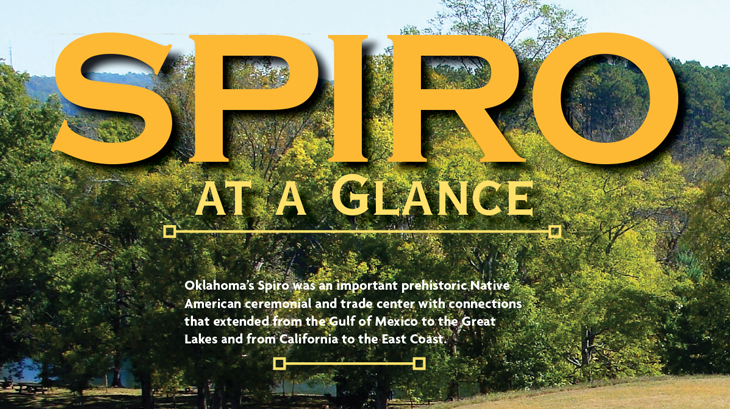 First of all, Spiro is an archaeological site in eastern Oklahoma. It was part of a mound-builders site that dates to A.D. 800. It wasn’t until 1933, however, that archaeologist became aware of its existence, and it wasn’t until 1935 that an amazing discovery was made there. While digging at the site, pothunters broke through the walls of a well-preserved central chamber in one of the mounds. They found items that had been untouched for almost 500 years. For the pothunters, the artifacts could be sold for much-needed money during the Great Depression. But for archaeologists and historians, the discovery resulted in the destruction of a remarkable site. 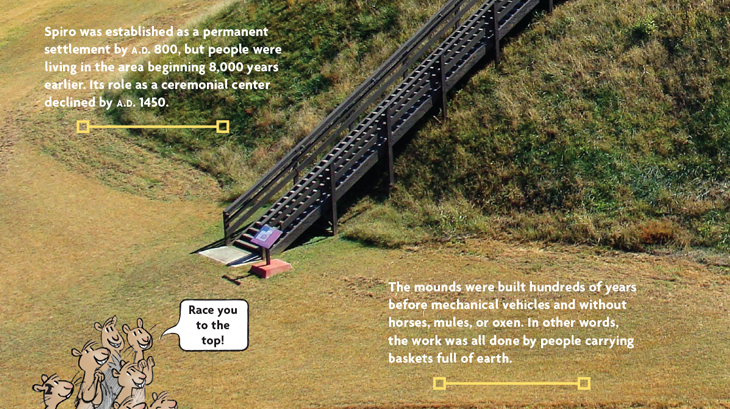 Today, archaeologist have theories about why such a vast collection of items were buried in that central chamber, and their studies of other mound-building sites have revealed evidence of a large trade network among Native American cultures hundreds of years ago. I think the October issue on Spiro truly supports how exciting the study of history is, and how there are still opportunities to discover and learn things about our past. 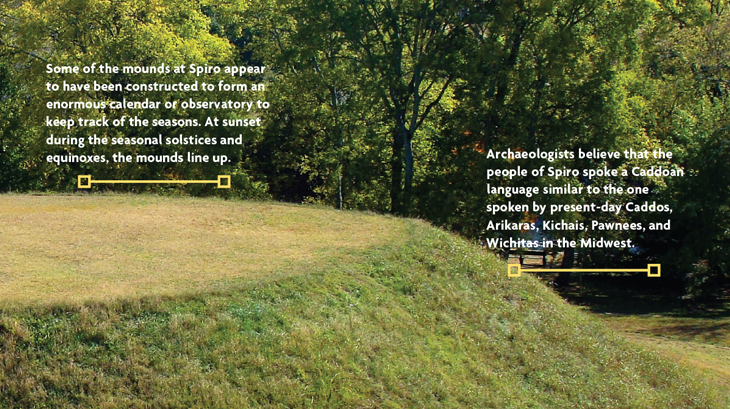 If you are ever out in Oklahoma, I recommend a stop at Spiro Mounds Archaeological Center. If you enjoy reading about prehistoric people and seeing photos of what they built or crafted, imagine how you will feel when you actually visit a prehistoric site and walk around in the environment known to have been inhabited by Native Americans. The center, which preserves more than 150 acres, is overseen by the Oklahoma Historical Society. It offers two miles of interpretive trails as well as exhibits and a slide show. For more information, visit Spiro Mounds in Spiro, Oklahoma, or check out its Web site at www.okhistory.org/sites/spiromounds.php.