Is Reading Fantasy a Bad Hobbit? 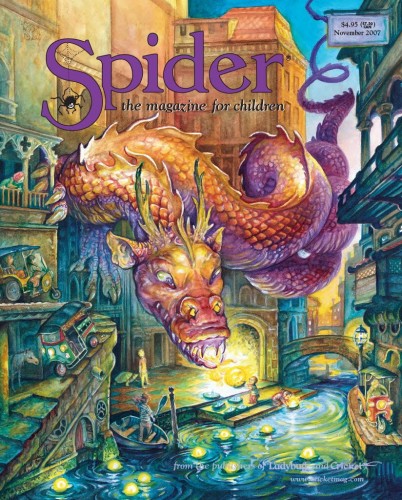 Topics: Learning, Play
Ages: 9 and Up

When my daughter was in third grade, my husband and I showed up for a parent-teacher conference where we were told that our child was spending too much time reading fantasy books. It wasn’t the reading the teacher had issues with; it was the selection of books. Instead of my daughter’s chosen genre, the teacher gave us a list of “reality” based books that showcased human children in real-life situations. His goal was to help her translate the teachings that books instill into real world situations. Books by Beverly Cleary, Judy Blume, and Jerry Spinelli were recommended to replace her beloved Harry Potter, Warriors, and Lemony Snickett series.

Here’s what this teacher didn’t know: My husband and I are fantasy nerds with a capital N. I am the author of a YA dystopian-future sci-fi novel. My husband played D&D for decades (still does!). We are all about elves, fairies, and wizards, oh my!

That’s not to say I totally discounted the teacher’s concerns. I know he meant well. But I’m not sure we should perpetuate that Hermione Granger is any less real than Ramona Quimby – after all, both are fictional characters. In both sets of books, kids learned valuable lessons about solving problems, the importance of perseverance, valuing their teachers and friends, and more. Does it matter that one character uses magic to defeat a tangle of Devil’s Snare, while the other crowns herself with burrs and devilishly tangles her hair?  In my mind, if the lesson itself comes across, why does the reality of the lesson matter?

Imagination is a muscle. If you don’t stretch it, it’ll become stagnant and lose its potency. Let’s foster and encourage children’s senses of wonder, their creativity, and the belief in magic while we can. Chances are, they’ll outgrow it naturally (unless they are like my husband and me). But in the meantime, if my daughter would prefer to fly through the air with demigods, go on endless quests for magic rings with hobbits, and defeat life-sized rat armies’ miles under the earth rather than read the “real world” drama of teens and tween fiction, such as “Ohmygod, I didn’t get asked to prom!” … Well, I find no fault in that. Everyone needs a way to escape from reality, and honestly, in this modern day of the scary Interwebs, reading fantasy books is an escape option that I’m A-OKAY with.

You know who publishes excellent fantasy fiction for tweens?

Cricket Magazine. I think I’ve mentioned in previous posts that I’ve grown up with Cricket Magazine. Stories from Cricket featuring magical creatures have helped shaped my love of this genre and have inspired my writing as an adult. Now I’m happy to share these fantasy stories with my fantasy-loving daughter. It’s a great feeling to know that virtually every month new stories featuring new fantastic characters will arrive in our mailbox. These are stories with real heart and real soul. Characters that stay with us and inspire us. And guess what? Like stories about kids who don’t have prom dates and yet somehow come out better people by learning it’s not the prom itself that matters, but the journey they took to get to prom night and the friends they made on the way, fantasy stories from Cricket somehow always manage to impart some takeaway that inevitably comes in handy in a social situation. But, spoiler alert: anyone who has ever read a fantasy story knew that already.

Are you interested in trying a Cricket fantasy story?

Download Part 1 of a story called “Ren and the Shadow Imps” which appeared in Cricket Magazine a few years ago. Want to read the rest of it? Comment below and we will send you the link to read the other 4 parts of the story. If you are a fan of fantasy, you will not want to miss reading the whole thing. And, of course, for more stories like this one be sure to subscribe to Cricket. 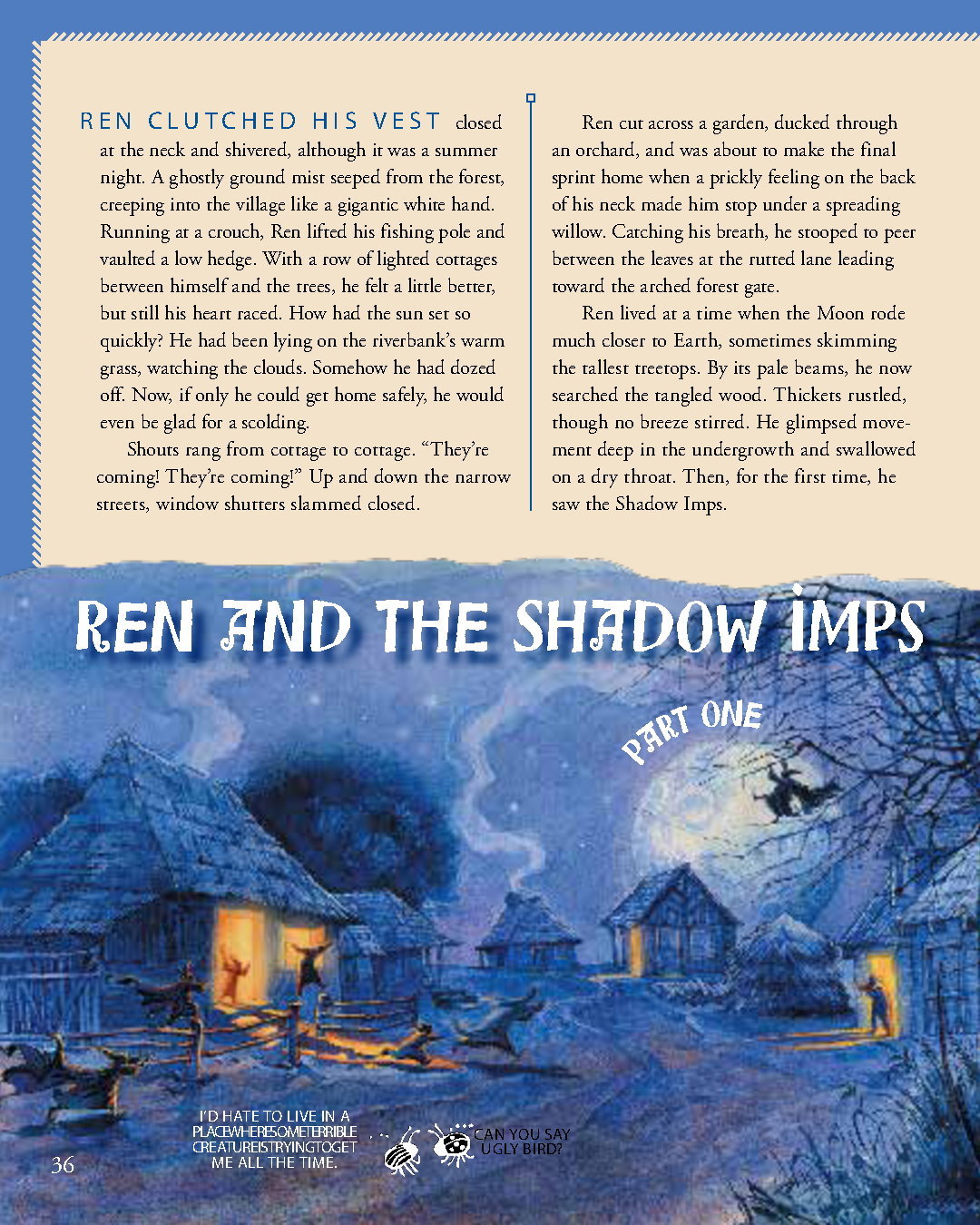 Cricket Media Mama spent much of her childhood flying on the back of Falkor the Luckdragon, walking mazes with Hoggle, and defeating the rodents of unusual size. And she grew up to be perfectly normal. PERFECTLY. NORMAL.