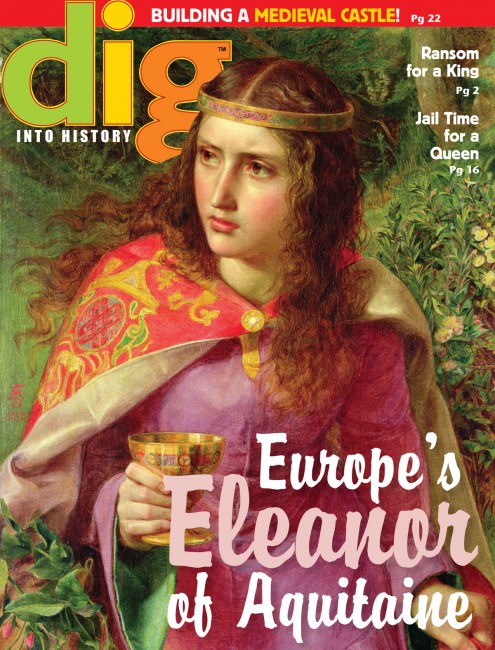 Every year, as I draft my theme list, I feel that overwhelming feeling of so much to learn and so much to experience—and that what I know is so very little. I think that is probably one of the greatest thrills of being the editor of DIG, the broadening everyday of “my horizons.”

Who Was Eleanor of Aquitaine?

This year in my research, one woman really caught my attention—Eleanor of Aquitaine, the queen consort of both Louis VII of France and Henry II of England, and mother of King Richard I (the Lion-Heart) and John of England. I knew who she was, but little else. As I read more, I marveled at the character strength this woman must have possessed. She was the most powerful woman in 12th century Europe. She stood her ground in a world dominated by men and by war. She seemed to fear nothing. She also was constantly prepared to fight for what she believed was right and should be done. Eleanor —her life, her influence, her accomplishments, and her role in world politics at the time—was one of the first themes to be checked as a “yes” for 2016.

Then came the worry part: Would there be enough material on Eleanor to do an entire issue?

Well, I needn’t have worried. Soon, I had too many topics and needed to pare them down. But there was one I had to add—a family tree. Eleanor’s was just too involved to leave to words. We needed visuals—for our readers and, for that matter, for me! I also decided I wanted to include more than just biographical information. I wanted the time period—about 1,000 years ago—to come alive. I went searching again—and I found it: Guedelon. It’s amazing! It’s there, in France, that they are building a medieval castle, one that would look very familiar to Eleanor, using medieval tools and techniques. 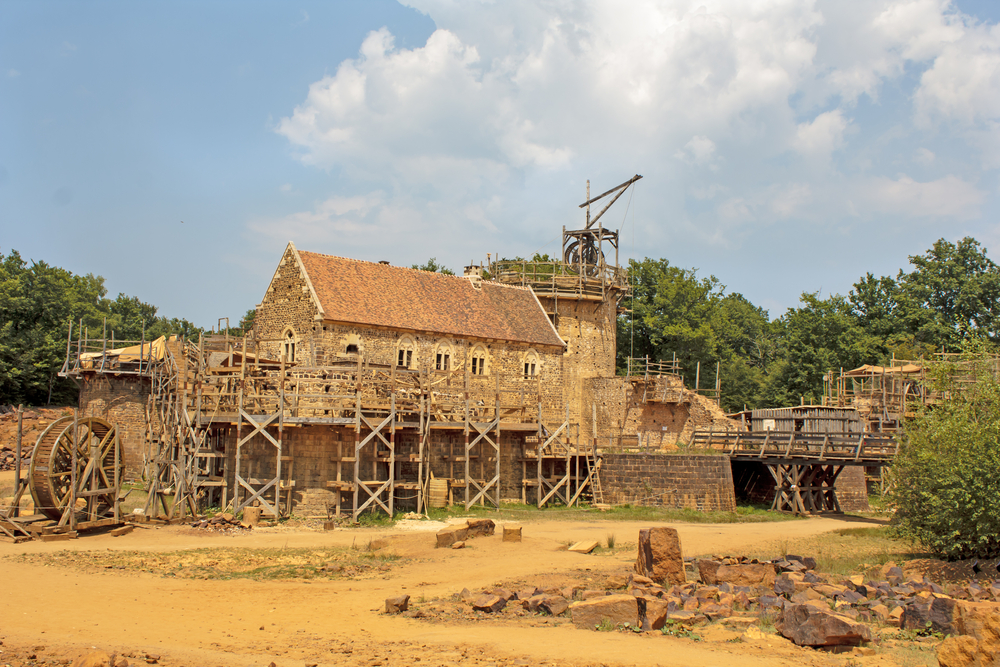 Archeologists are using the same materials and technology used in Eleanor’s time to build Guedelon.

How to include archaeology in the issue—that was a difficult question!

There was nothing I could find that was specific to Eleanor. For a while, I was flummoxed! I took the dog for a walk and just kept thinking and thinking. I reviewed Eleanor’s life in my mind, and the image of her traveling here and there kept popping into my mind. That was it—Eleanor had had to use boats on many of her trips. Why not look at what we know about ships at the time. I emailed Andrew Roberts at Wessex Archaeology in England. I had worked with him before, and he had said he would enjoy collaborating again. We then Skyped and talked about articles on what maritime archaeologists do, what shipwrecks from that time period can tell us, and just what cogs, a very common vessel at the time, were. Andrew then enlisted the aid of his wife, who also works in the field, and soon we had the topics for a fantastic section on ships of the time, their recovery today, and what we can learn from them.

We had the issue —and I really felt Eleanor would approve and be proud of her role in it!

Rosalie Baker is the editor of Dig Into History. Come back every month to learn about the thought process that went into the creation of each month’s issue.

Revealed for you in this issue are the facts, myths, and discoveries that have made the powerful Ganges River the center of the universe for countless people through the millennia.   Even though I have done several issues on Indian history through the years, the Ganges River was a topic that ex […]

A few years ago, I decided it would be a great learning experience—for me and for readers— to focus an issue on a specific city and trace its history from ancient times to the present.  DIG has now being doing just that, and it’s been great fun. Among the cities featured thus far are Rome, [& […]