Talking to Teens Gabriela and Milan about Autism 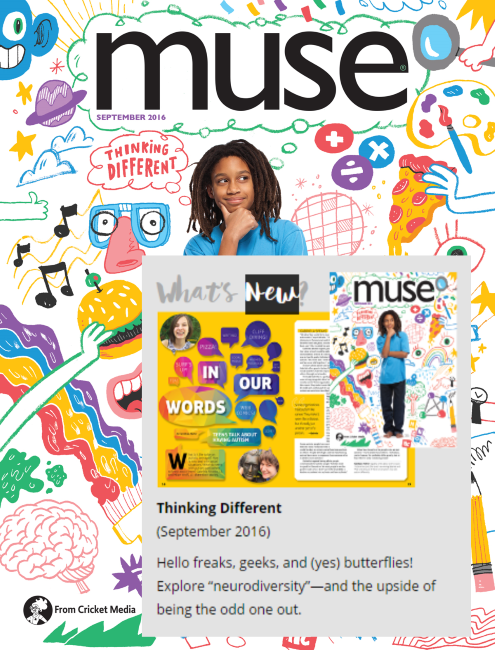 I have interviewed top scientists, the White House’s executive chef, and even a Disney star, but one of my most eye opening experiences was interviewing two teenagers with autism: Gabriela Alvarez and Milan Wolff. Conversing with Milan and Gabriela changed the way I view autism. You can read my interview of Gabriela and Milan in the September 2016 issue of Muse: Thinking Different.

What did Milan and Gabriela say about autism that is so eye-opening?  I was amazed that Gabriela challenges the whole way autism is seen. People with autism are labeled by how they function: low, moderate, and high.  The system is seen as a line or bar and puts people along the bar.

Gabriela has a radically different way to view autistic people. She prefers a color diagram that uses the basic primary colors of red, yellow, and blue to present a more complex view of autism.  “A purple may have more red, or green more yellow, but they both have blue in them. Some autistic people have social anxiety, but can tolerate noise. Someone who is low functioning could be okay in certain social functions and not in other,” said Gabriela. 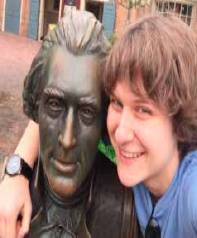 17-year-old Milan gives autism credit for some of the amazing things he has been able to learn.

Milan also said something quite enlightening. He spoke about the benefits of autism. Most of the time society views autism as a hindrance. However, Milan pointed out: “I can learn almost anything if sufficiently dedicated.” Milan’s mother, Barbara Pitkin, discussed some of the amazing stuff Milan is learning and how he goes deep into a topic.

“Milan’s greatest strength is that his interests run deep.  When he engages on a topic, he researches it thoroughly, and takes it to new levels.   For example, Milan has dived deep into organic farming.  Every spring, the house is turned into a greenhouse, where scores of unusual varieties of fruits, vegetables, and herbs are grown.  Milan regularly volunteers at the Accokeek Foundation’s organic farm.  Milan takes the lessons learned from the farm and applies them in growing his own produce.  Milan has conducted research on the hundreds of varieties of produce possible, and then keeps detailed records on his success with specific varieties in his greenhouse.”

Wow, that is quite impressive, isn’t it?

Gabriela echoed Milan’s idea that people should see the positive side of autism. She wants autistic children to speak for themselves. 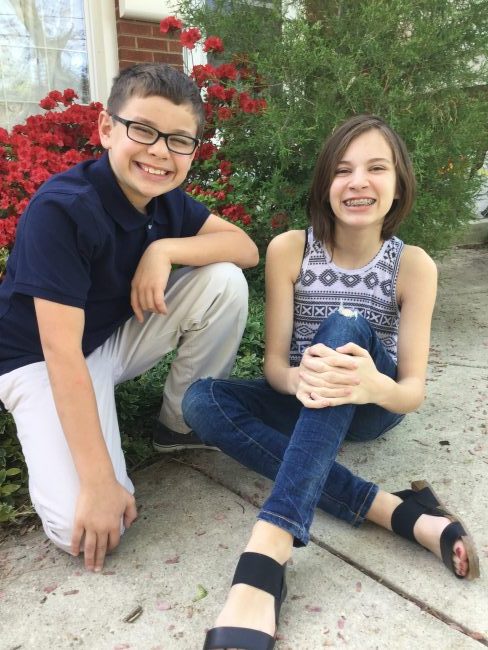 “Autistic children want to speak for themselves. We want people to see the positive sides of us. I don’t want to be treated like a burden: my autism is in my brain and I am my brain,” Gabriela said. I know two excellent spokespeople for autism: Gabriela and Milan. I hope they both continue to talk about autism.

What didn’t surprise me was how both Milan and Gabriela prefer to write someone, versus directly talk to them. Social interactions can be confusing for autistic people. After talking to Gabriela and Milan, I thought how technology (particularly the Internet, social media, and texting) have made it easier for autistic people to communicate. This technology allows them to communicate directly in real time with others without the stress of social signals. Also the Internet and social media have provided people with autism with a community of others. The Autism Wiki is one such site.

One thing that was not discussed in the article is that Gabriela is proud of her Nicaraguan heritage. Gabriela’s mother Rose Alvarez has told me that more needs to be done to reach out to the Latino community about autism. I hope that having this blog post in Spanish will be a step toward expanding the conversation on autism to the Latino community.

Use the following link to download the Spanish version of this blog post: Talking to Teens Gabriela and Milan about Autism