The Humor of Children has Groan in Significance 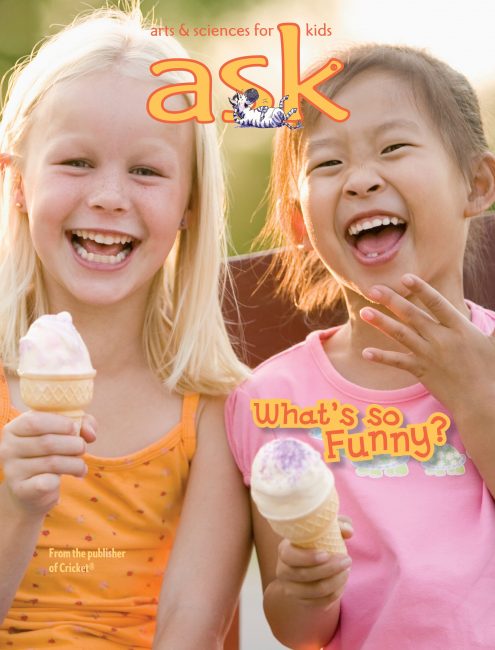 People like to be laughed at… when they are telling a joke. Even kids. Unfortunately, little kid jokes are not often funny. They don’t quite get timing… or delivery… or the joke itself – they’re often just parroting something they heard other people laugh at, so they assume it’s funny. Nothing kills a joke faster than a punchline delivered with a question mark on the end.

Sadly, I laugh at my kids for being unintentionally funny way more often than when they try to recite some witticism they heard.

This is partly because there is a limited amount of “safe” jokes that little kids can remember, so by the time they’re six, you’ve heard the full gamut of knock-knock gags, including all the same ones you told when you were six. By the time your second and third kid comes along with the “don’t cry, it’s only a joke” line, you might actually be in tears.

The other part of it is because a lot of word play doesn’t make any sense to kids. Puns might be the lowest form of humor, but you have to have a fairly solid grasp of language, phonics, and vocabulary in order to find them funny (or not). English is already full of quirks, weird spellings, words that shouldn’t rhyme but do, and words that don’t rhyme but should (bomb, tomb, comb…why don’t they rhyme?!), so when you make intentional word play jokes, they may go right over a child’s head. Kids might not understand why eating a clock might be time consuming, or why it’s funny to learn that a fiend who rings doorbells could be called a knock-less monster. 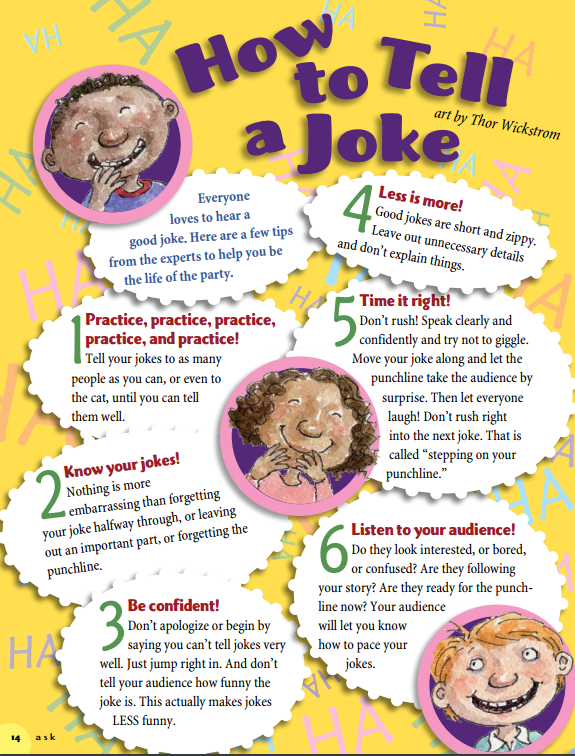 What might make six-year-old humor a little more bearable is to share the “How to Tell a Joke” article that appeared in ASK Magazine’s “What’s So Funny?” issue. The issue is full of different kinds of jokes from practical to visual, but this particular article really gives the lowdown on how to get an actual (as opposed to a pity) laugh. In particular, explaining why the jokes are (supposed to be) funny can help a child hone their sense of humor and hopefully sometime soon they’ll be able to come up with their own unique and never-before-heard perfect one liners that will have tears running down your cheeks the right way.

Cricket Media Mama attributes her first pun to a kindergarten theatrical performance about vocabulary. Essentially, it was just a play on words.