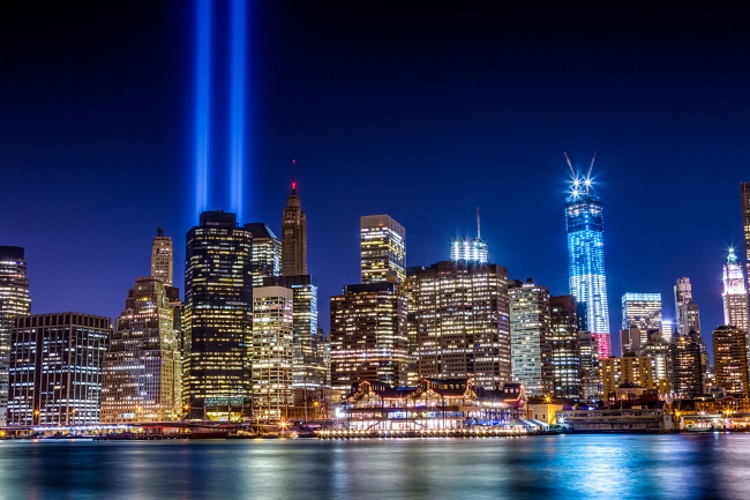 Talking To Children About Tragedy

The pivotal moments in history that are frozen in our minds are, unfortunately, usually laden with heartbreak. My mom remembers exactly where she was when she heard about the assassination of John F. Kennedy. I remember feelings of fear, dread, and horror when I watched the space shuttle Challenger explode. And, of course, the more personal and recent tragedy of September 11, 2001.

We all hope our children can live their lives without having to endure similar experiences. And the idea of talking to my children about this serious and sad moment in time is not something anyone looks forward to. However, we can’t shortchange or gloss over the impact of such an event. The whys and hows of September 11 need to be explained, and while the details may not take away the terror and tragedy of the day, it does help our next generation understand how the world was irreparably changed and that America was a different place before this happened.

My kids have never lived in a world where we kept our shoes on in the airport, knives were part of the airplane meal, and we didn’t have to throw away our too-large bottle of juice before entering the gate. To them, that’s simply how the world works. Just like in my generation, presidents simply didn’t drive around in open motorcades, whereas that was a significant change for my mother. To understand who we are now, we need to know where we came from.

With the 15th anniversary of 9/11 just behind us, your children might have some questions about the events of that tragic day. So how do you talk to your kids about what happened? There are a number of helpful resources online, including 911memorial.org; greatschools.org; and PBS.org. These sites, and more, offer similar advice and I’ll highlight a few of the points I found especially useful:

I am also including a free download of an article that appeared in a Cricket Media magazine shortly following 9/11 that discusses the science and engineering behind the collapse of the tower. “Why They Fell” by Mary Carmichael will explain why engineers believe the structure of the buildings performed “magnificently” and how the architect and structural engineer’s designs enabled the buildings to stand long enough for thousands of lives to be saved. I hope it will help with your discussion.

Finally, in remembrance of the events on 9/11, Cricket Media Mama would like the share the following part of the proclamation from President Barak Obama in lieu of her usual sign-off:

“United by a common creed, a commitment to lifting up our neighbors, and a belief that we are stronger when we stand by one another, we must find the courage to carry forward the legacy of those who stepped up in our time of need. By devoting ourselves to each other and recognizing that we are a part of something bigger than ourselves, just as heroic patriots did on September 11, we are paying tribute to their sacrifices. On this National Day of Service and Remembrance, we must ensure that darkness is no match for the light we shine…”