Muse: A Science Magazine that Will Excite Your Tween Girl 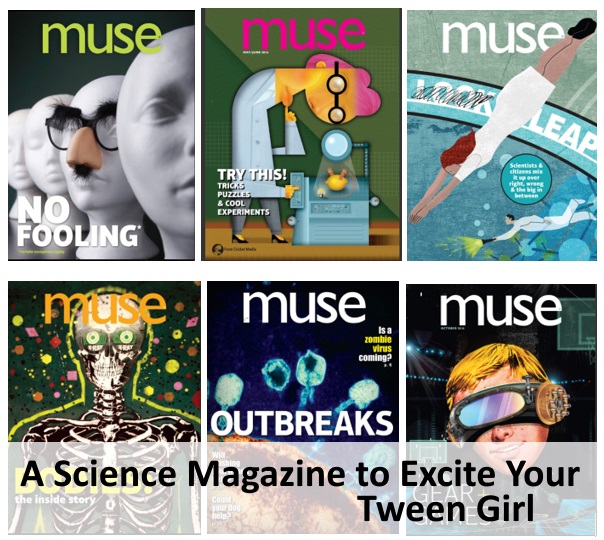 Tween girls are a breed unto themselves. They are little girls one minute, still playing with dolls, and sophisticated young adults the next, talking about fashion and boys and the latest sensational YouTube videos. In the middle of these two extremes are the authentic young women that they will become. 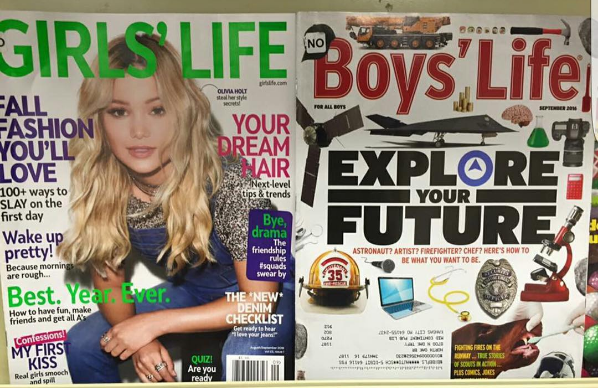 Recently there was an internet article making the rounds that showed the difference between how the media portrays the interests of boys and girls of this age group. Boys are routinely shown how to “explore their future” while girls are told how to be pretty. This disparity has not gone unnoticed by parents and girl-power advocates who decried this issue (apparently Girls Life often does take a more well-rounded approach to their audience, and this particular issue was an outlier) and called for our girls to be treated to the same forward-thinking, future-building, you-can-be-whatever-you-want-to be respect as boys.

Luckily there are magazines for both girls and boys that understand the wants and needs of this particular age group and works to provide kids with the tools they need to be successful in whatever the future holds for them. Go ahead and do a google search for “Science Magazines for Girls” or “Science magazines for tweens” and you will come up with a few options. One such magazine is Cricket Media’s own MUSE, which is billed as the science and arts magazine for kids that’s spot on with the facts and off the wall with the jokes. Inside Muse you’ll find articles that include profiles of working scientists (many of them women), in-depth profiles of science topics written in a voice that kids can relate to, and plenty of brainy fun, including a new comic series called Parallel U that is quickly gaining a dedicated audience.

Kids who can’t help wondering whether video games really kill their brain cells, or what a gentleman ladybug is called, will find the answers in Muse, in articles written by award-winning authors and accompanied by high-quality illustration and photography. But don’t take our word for it. Try a free digital issue yourself.