Look around outside. What do you see? A bird? A flower? A sunset? A tree? Each one would make a great haiku — for you!

The Japanese haiku, one of the oldest forms of poetry, teaches us much about the art and craft of poem-making. The entire poem consists of only three short lines, yet the haiku contains all the basic elements of poetry.

The haiku is understated and concise. It is lyrical and dramatic, poignant and precise, personal and universal. Sometimes it is witty. But always it is ethereal and timeless, as meaningful today as it was hundreds of years ago when Basho, Buson, Issa and the other masters of haiku first began exploring its potential as an art form.

Here are a few samples of my haiku. I hope you enjoy them. I followed the Japanese tradition of using seasonal imagery to portray the cyclical aspect of Time and Nature.

After reading through these, you may want to try writing some of your own. 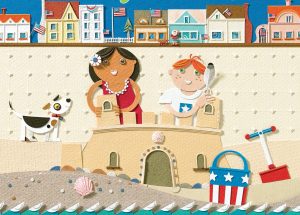 The cricket calls to

the meadow, each evening he

Beyond fields of rice 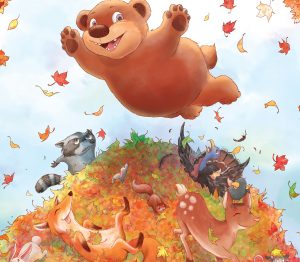 Shadows bow to the

setting sun, pray to the sky

for blessings of light.

paints her blush across each tree,

over the mountaintops a 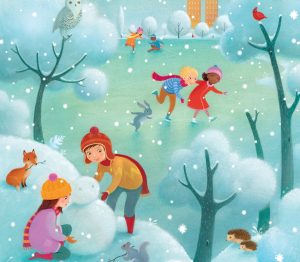 an owl cries out through the pines,

beneath her blanket of dawn,

across the far horizon, 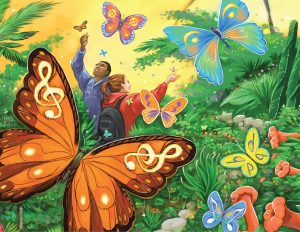 A field full of pale

adrift in the wind.

to the morning sun.

Charles Ghigna lives in a treehouse in the middle of Alabama. He served as poet-in-residence and chair of creative writing at the Alabama School of Fine Arts, instructor of creative writing at Samford University, poetry editor of English Journal for the National Council of Teachers of English, and a nationally syndicated poetry feature writer for Tribune Media Services. His poems have appeared in The New Yorker, Harper’s, Rolling Stone, The Village Voice and The Wall Street Journal. He is the author of more than 100 books from Random House, Disney, Hyperion, Scholastic, Simon & Schuster, Time Inc., Abrams, Boyds Mills Press, Charlesbridge, Capstone, Orca and other publishers. He speaks at schools, conferences, libraries, and literary events throughout the U.S. and overseas, and has read his poems at The Library of Congress, The John F. Kennedy Center for the Performing Arts, the American Library in Paris, the American School in Paris, and the International Schools of South America. For more information, please visit website at FatherGoose.com

A poetic journey through the creative process for readers, writers, artists & dreamers.   As I enter my seventh decade on this planet, I wonder what words of wisdom I might have written to the younger me. What treasured tidbits have I learned along the way? What could I leave in a letter to […]

What if you had a crystal ball that you could look into to see your future?   You do.   It’s YOU! You are your own crystal ball.   In his play “The Tempest,” William Shakespeare wrote, “What is past is prologue.” That means that all we need do to predict our future is to [&h […]