The Olympics: A Look Back 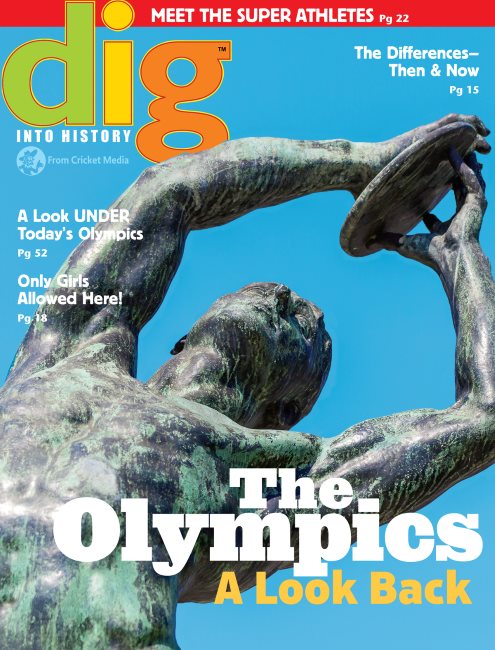 When we—the editors of DIG, COBBLESTONE, FACES, and MUSE—met to discuss a theme for a 2016 issue that would work well across all four magazines, the Olympics came to mind almost immediately. Rio de Janeiro had already been chosen as the site, and the topic was one that could be approached from many angles. I loved it! With my Classics background, it always feels like “going home” when a DIG issue focuses on a topic related to the ancient Mediterranean world, especially Greece and Rome. There was just one little wrinkle: DIG had already focused an issue on the Olympics and also on sports. So, what other angles could I take? Well, the answers came quickly: The Olympics—A Look Back.

I decided to start with the Let’s Go Digging (LGD) section of the magazine. One topic was a no-brainer: what was found in Rio as the site managers cleared the areas for the various Olympic venues. But then I wondered why we should limit this investigation to Rio. I decided to include what was found in Beijing and in London as well. Next, we needed an article on what remains in Olympia today. It’s still a very popular tourist site and continues to play an integral part in every Olympic Games.  A third article became a visual essay that features the paintings on four Greek vases, each depicting an athlete in motion. For the Artifacts object, I decided to leave Olympia and involve another “Games” site—Nemea, site of the large bath complex where the athletes went to wash themselves. 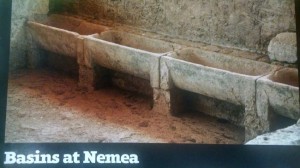 It was my issue title (The Olympics—A Look Back) that influenced how I developed the outline for the rest of the issue. The first article had to focus on an athlete and his experiences before, during, and after the games. I knew just the person to write this—Anthony Hollingsworth. He is a Classics professor and always chooses a great angle to approach whatever article he is writing.  Next we needed an article that told about female athletes! While it is true that the ancients did not allow female participants at the Olympics, females could still be winners! But I will let your suspense build as you wonder about how this was possible. Then I started thinking about superheroes. We have them today, but what about in ancient Greece? This was too good not to include in the issue—as is the art for this section. But here, too, I don’t want to spoil the suspense.

What do you think?

As I write my thoughts about each issue, I wonder what you, the readers, think. I would love to hear what ideas and suggestions you may have for themes. Someone once asked me, “What will you do when you run out of themes? Aren’t you afraid of that?” Personally, I cannot imagine every doing that. There is just so much to cover, so much to learn—and it is so much fun doing both.