Fail to the Chief: How to Model Appropriate Political Behavior for your Children 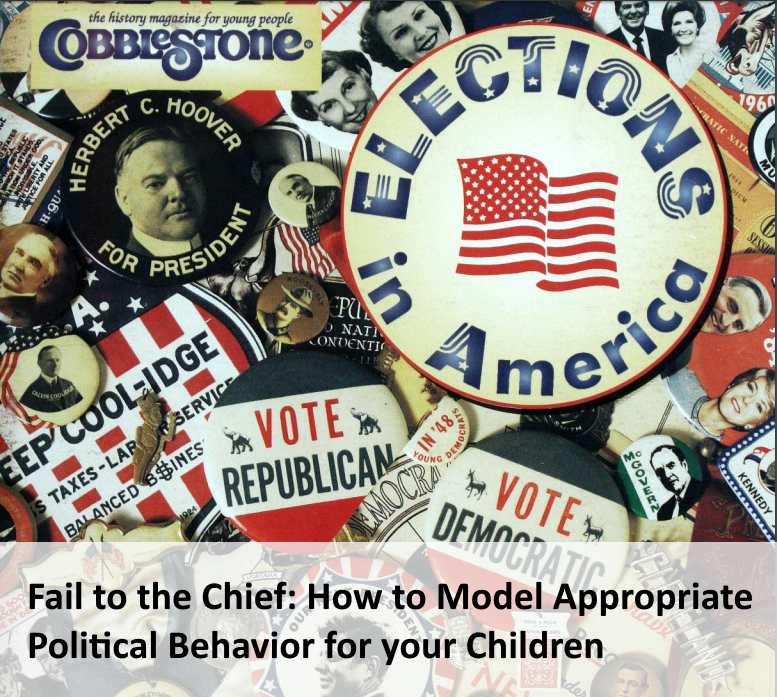 No matter what color your blood runs, you likely have an opinion about this election. Here’s my opinion: we are setting a terrible example for our kids.

Maybe I’m just becoming more cognoscente of it as I go through more election cycles, but it has felt to me that each campaign has been increasingly more polarizing and divisive. I am at the point where I am ready to vote in a candidate for a full eight years and skip every other period of hostile soundbites, mean-spirited remarks, and hate ads. We’ve only had three single-term presidents since World War II and maybe an eight-year presidency will help both candidates and voters take the election more seriously.

This election in particular feels downright nasty. We are seeing candidates display a shocking lack of control over their emotions, lashing out in anger with knee-jerk responses, and saying whatever they think without regard for anyone else. Even at an early age, most children distinguish between reacting and responding, and know they have the power to choose which route to take. Seeing adults demonstrate this severe lack of control throws all that conditioning right out the window. 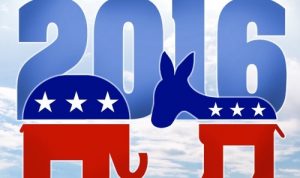 Our reaction to the candidates is not constructive either. How many times have you heard, “If XXX wins, I’m moving to Canada?” Maybe you’ve even joked about it yourself. To our kids, in jest or not, that simply reinforces the “us vs them” mentality. That one side is right and the other side is wrong (and bad). Instead, we should model that opinions are important but the goal is to come to the table and solve problems together, not abandon ship even if you do think it may be sinking. If we can practice empathy and reason, our kids will learn to respect and embrace differing opinions, and discover how to work together—something our candidates don’t seem capable of.

On Your Mark, Get Set, Vote!

Are you having a difficult time getting yourself motivated to vote in this non-presidential election year? Yeah, me too. I have to admit that making the time to get over to my local voting place to vote in a few local contests is not really exciting to me.   But it should be.   My [… […]