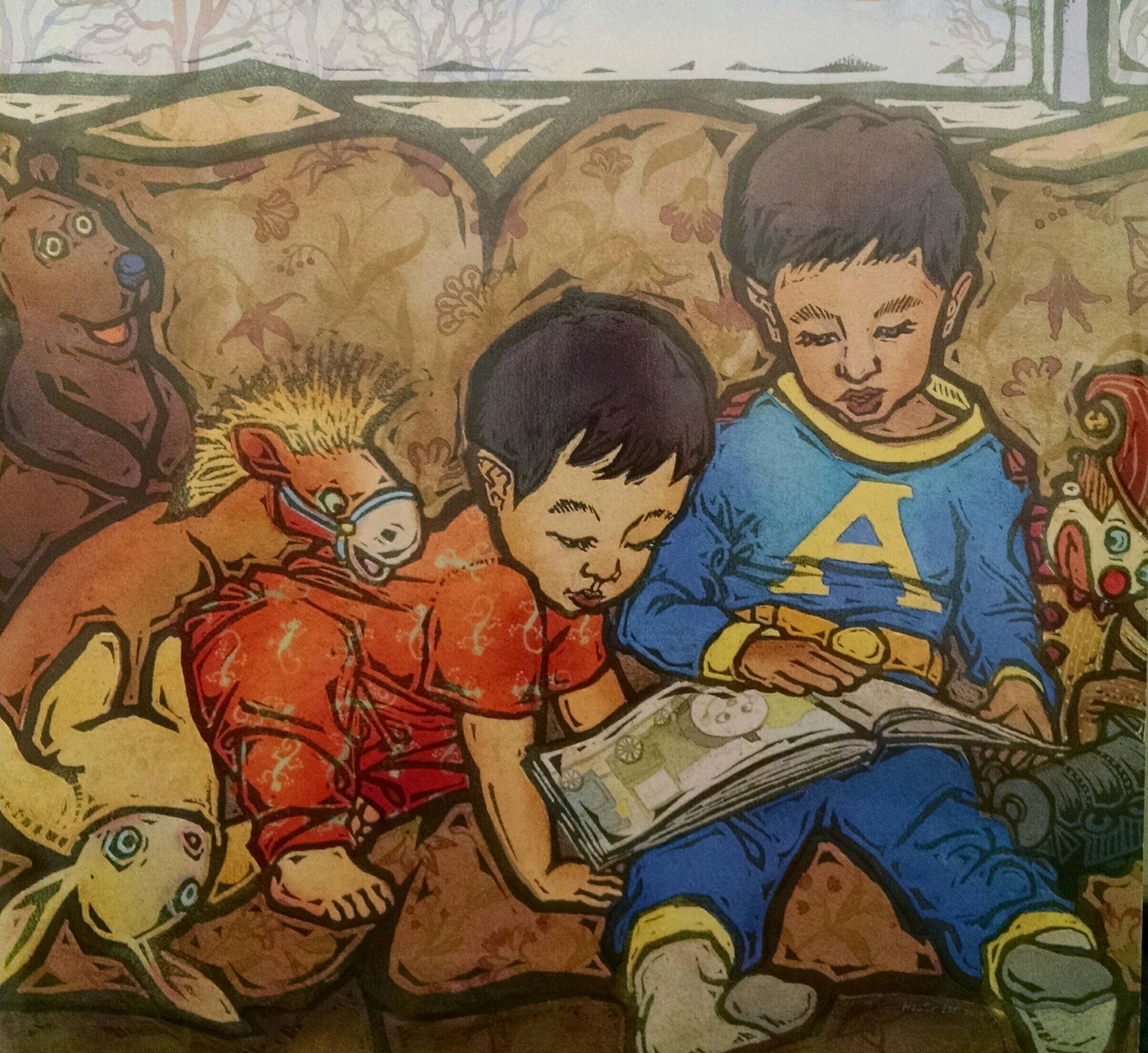 Here are just 5 of the award-winning writers you read first in CRICKET Magazine:

Lloyd Alexander is probably best known as the Newbery Medal and National Book Award winning author of the Chronicles of Prydian series but he was also an founding member of the original CRICKET Editorial Advisory Board and for a long time the voice of “Old Cricket,” the beloved closing page of the magazine.

Eve Bunting won the Caldecott medal and the Golden Kite Award from the Society of Children’s Book Writers and Illustrators. Her first story for CRICKET, “A Fish for Finn” appeared in CRICKET in May 1974.

Sid Fleishman, author of the Newbery award-winning novel “The Whipping Boy” is another children’s book luminary to write for CRICKET. A draft of the story that was to become “McBroom the Rainmaker” appeared in the first issue of CRICKET with illustrations done by no less than Quentin Blake, who himself is probably best known as the illustrator used for many of Roald Dahls’ novels as well as being a frequent contributor to CRICKET over the years.

Walter Dean Myers is known for novels such as Monster, Winner of the first Michael L. Printz Award, a National Book Award Finalist, A Coretta Scott King Author Award Winner and a New York Times Bestseller, but stories such as “The Cub” entertained children reading CRICKET back in July 1987.

Isaac Bashevis Singer  won both the Nobel Prize and the National Book Award for his stories and served as a member of the original CRICKET Editorial Advisory Board. His story “Why Noah Chose the Dove” appeared in the very first issue of CRICKET and other stories were published in CRICKET regularly for many years. In fact, you can sometimes find a reprint of an Isaac Bashevis Singer in CRICKET Magazine to this day.

Chances are you read these amazing authors and many more in CRICKET first. Isn’t it great to know that your children can grow up reading the same quality stories you relished as a child? Who knows what literary stars of tomorrow may be found in this month’s issue.

Make sure you don’t miss one great story. Subscribe to CRICKET today. Check out some of our vintage artwork and reread some vintage stories at our new Growing Up Cricket web portal.

Publishing children’s magazines for the past 40+ years has given us quite an archive of engaging stories and beautiful illustrations to enjoy and share. The works of many children’s book authors, who hold a special place in the hearts and minds of children (young and old), can be found ins […]

As we begin celebrating the holiday season, it’s important to find ways to help others and act on our collective generous spirit. Giving Tuesday was created to celebrate generosity and to give.   “It’s a simple idea. Just find a way for your family, your community, your company or your or […]