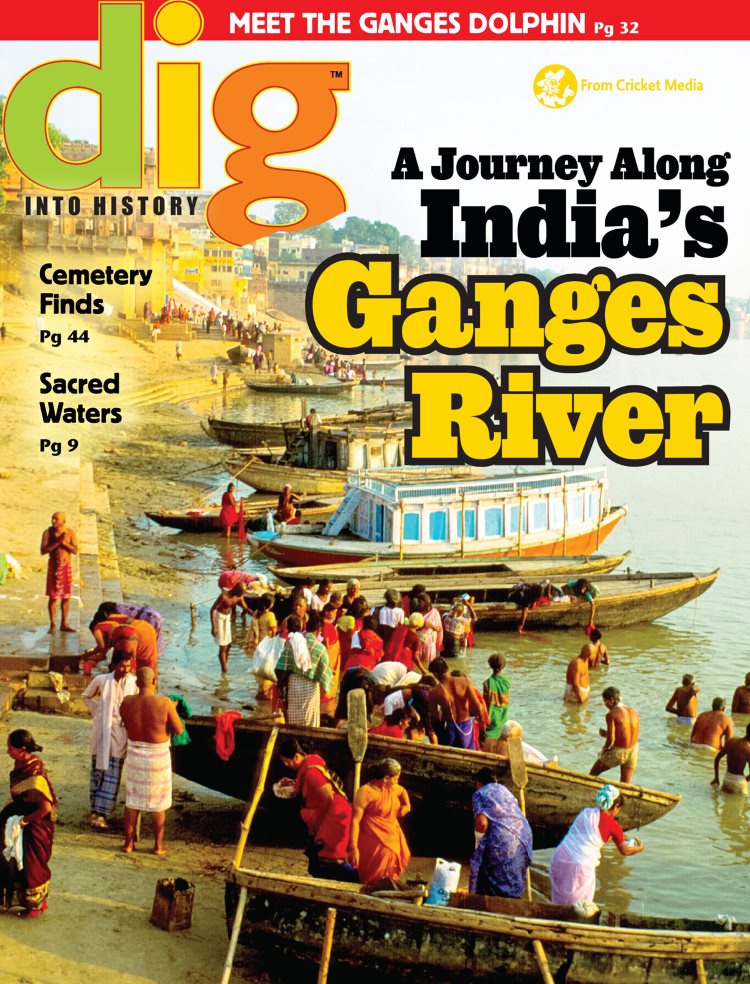 Revealed for you in this issue are the facts, myths, and discoveries that have made the powerful Ganges River the center of the universe for countless people through the millennia. 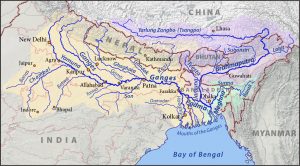 Even though I have done several issues on Indian history through the years, the Ganges River was a topic that excited and scared me! I know so little about India, but I do believe that to understand people and history, in general, you really need to have a sense of what has gone before, not just in the parts of the world that are familiar to you. For example, just think about the St. Lawrence River, the Mississippi, the Colorado, the Rio Grande—all four (plus many, many more) are so intertwined with the history of our country, that if you know nothing about them, you really are missing quite a huge segment of United States History.  So, while I had focused issues on various rulers and time periods in Indian history, I had never looked closely at the Ganges River.

February 2016 came and it was time to start—as I have mentioned in other theme reviews, I start working on an issue a year ahead. But where to start, that was the question. A few searches brought me the same material, but nothing that excited me and would engage DIG’s readers. I had to think of an angle—a way of seeing the river as something that was one with the subcontinent’s history, something that could be developed as a theme, something that was there just waiting to be found.  So, how had the Ganges “run” through India’s history? That was it—the “run” caught my attention. I would have the theme be “A Journey Along India’s Ganges River.” I liked it! And, it was making me ask questions? Where did it start, where did it flow, whose lands did it reach, what tales could it tell me?

Now my research clicks were more specific—topics I had never heard of kept coming up. Soon, it was overload, and I had to sit back again and think about what I wanted this issue to “say,” to “offer” readers. It could not be just a litany of facts.  Ok—‘Let’s Start at Gomukh”—that would be the first and opening article.  Here’s where the trickle began—way up in the Himalayas—I had not known that. But how had it started—that was interesting. According to Hindu beliefs, it was the goddess Ganga who brought the waters to earth, and there was a great carving to illustrate just that.  Then I moved on to the major article titled “Bathed by the Ganges.” And what a trip I had as I journeyed from city to city. I was really getting to know this river—and its people. I loved it!

I was also beginning to understand the problems facing those who lived along the river and those who held its waters sacred. Pollution is taking its toll. Another topic—what is being done? Actually, I found out that quite a bit is going on.

Well, I had the main issue, but what about Let’s Go Digging? Here, I drew a blank, well, almost a blank. There was so little that I could find. I had already asked Jonathan Mark Kenoyer to be the consulting editor of the issue. He had worked with me on many issues related to India. A professor at the University at Wisconsin, he has been excavating in India and Pakistan since 1986 and is one of the world’s experts on the Harappa civilization. I wrote to him, asking him to suggest possible digging sites, digging finds, digging news around the Ganges River.  Mark suggested Sanauli, Kaaushambi, and Lakuradeva. Great, but I had never heard of any of them! Mark said he would write one and would ask colleagues in India—wonderful! And they did, including the Director General of the Archaeological Survey of India! And wait until you see the photos they sent!  This is one of the reasons I just love DIG! I learn so much as I do each issue, I meet so many people, and I can share all this with every reader of DIG! Who could ask for more!

So, see you in Gomukh! Can’t wait to take you along on the journey down one of the world’s greatest rivers!

Rosalie Baker is the editor of Dig Into History magazine.