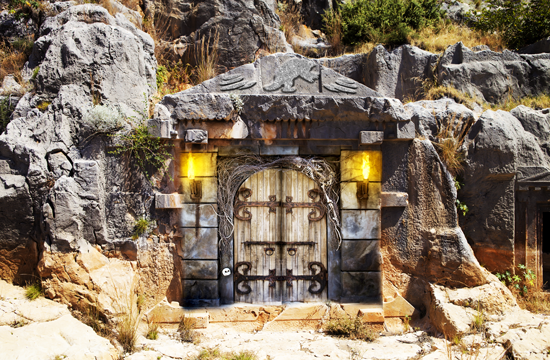 Amazing puzzle solving is happening on our Kyngdom forum. If your child likes to solve word problems, puzzles, riddles, codes, or just loves fantasy fiction, writing, or the chance to be part of something really cool, you need to have them head over to the Chatterbox and check it out.

So what’s going on over there? Our editors are posting a puzzle a day for the kids to solve. Here’s the first one so you can get a taste of the intrigue and drama that is accompanying the daily posts. (Don’t worry, I’m not giving anything away…the kids have already solved this puzzle.)

Charlie W. and Little Crow here! Long time no see. For the past few weeks we’ve been collecting scrolls and maps from libraries around Southwest Kyngdom. We collected a few hundred and holed ourselves up in a Sprocketville bunker, trying to make sense of them all. We’ll spare you the details and get right to the big news:

We believe we’ve located a unknown tunnel system in the Labyrinth Lands. At the northern end of the largest Labyrinth plateau, we found a strange locked door with some carvings above it. An old scroll we found suggested that this door is 1) the entrance to a cave or tunnel system of some kind and 2) enchanted or engineered somehow to be resistant to any kind of magic or brute force.

Unfortunately, before we could photograph the scroll, the ancient dust made me (Charlie) sneeze, and the whole thing disintegrated in my hands. I felt like such a fool. Next time I go reading old scrolls, I’ll find a professional archaeologist first…

Anyway, we traveled out to the Labyrinth Lands, and we found the door.

While we were studying it, a very old badger lumbered around the corner. We couldn’t make sense of his mumblings, although every few minutes he’d say, “Seventeen will leave, nine left over.” Eventually, he gestured for us to join him in a little cave, where he heated up some water over a fire. He poured the water into little cups, dropped one shiny green stone into each cup, and then mimed a drinking motion. We looked at each other suspiciously and took tiny sips. (It was actually pretty good—tasted a little like rosemary.) When the sun started setting, we said goodbye, and he just repeated, “Seventeen will leave, nine left over” and handed us a piece of bark with these letters written on it:

Strange. Also, on the way home, we snapped some pictures. This code is carved on some stones near the doorway: 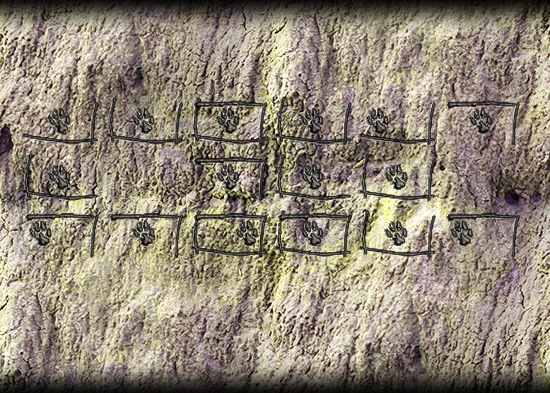 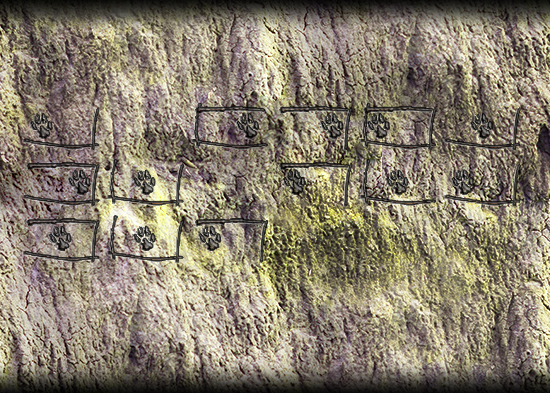 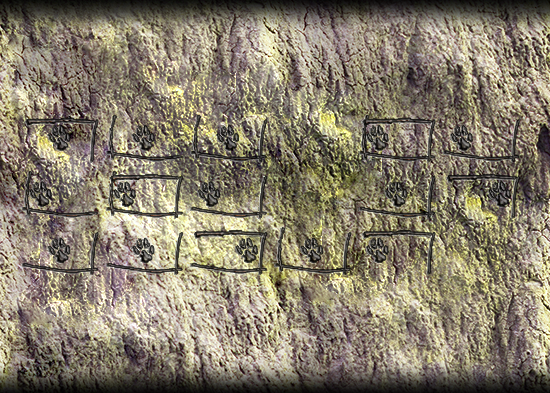 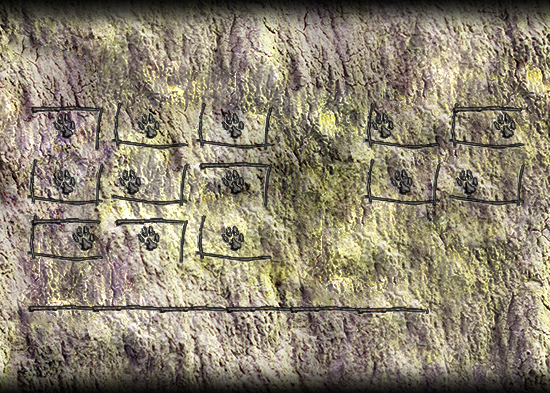 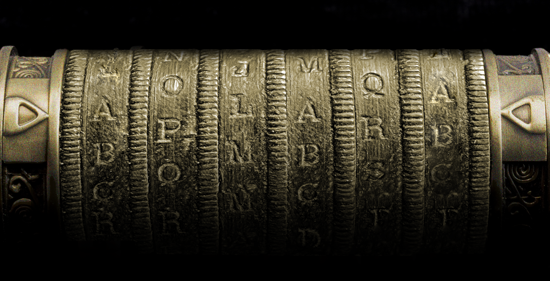 Can anyone help us decode the message? It looks like we have to enter some letters into the combination lock, too.

Also, we’re looking for animals and humans who would like to return to this door with us, try to get it open, and see what we can learn from the weird old badger. We’ve started organizing an expedition group, and so far we’ve attracted F.A.F.A. members Silverpaw, Who, and Flying Sqirl—you might remember meeting them back in the first F.A.F.A. meeting.

So…can you solve the puzzle above? Chances are your kids can. And once they do, they can try the next puzzle and the next and the one after that.  There will be 17 puzzles in all and the kids who are already involved in it are eating it up. As we head into the long holiday weekend, here’s an activity that can fill in the times between barbeques, pool time, and your local Memorial Day celebration.  We hope you enjoy all the joys the holiday weekend has to offer.