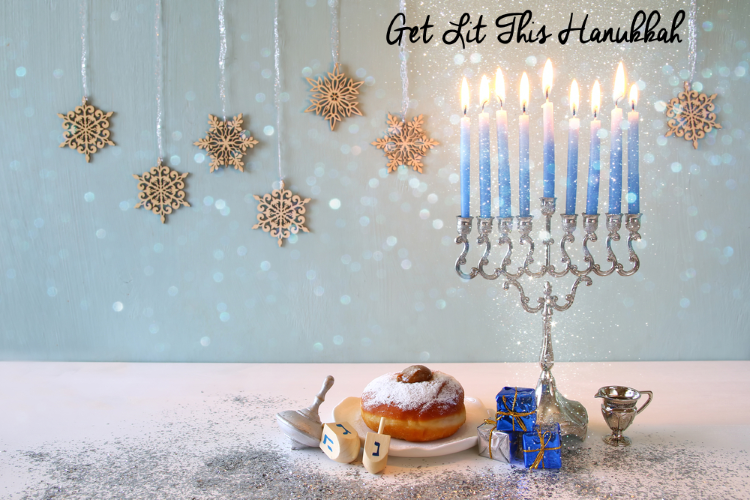 Get Lit This Hanukkah

It’s been reported that 72 percent of Jewish people in the United States celebrate Hanukkah. This is a bigger percentage than those who partake of any other Jewish rite, including attending a Passover seder or fasting on Yom Kippur. Yet it is one of the most commonly misunderstood holidays.

So, without further ado, please join me for another exciting edition of Cricket Media Mama Myth Busters!!!!

(And by “another exciting edition,” I mean this is the first time I’ve ever done this and it’s only as exciting as the number of exclamation points I can fit in.)

Bust: Ehhhh, no. But because it often falls in December, it’s gained popularity here in the US and like Christmas, gifts are given, special feasts are served and there are holiday movies, songs, decorations and lights involved. Actually, it’s one of the least important occasions on the Hebrew calendar. Passover, Sukkot, and the Sabbath (Shabbat) all incorporate extensive rituals and requirements or prohibitions, whereas the only decree of Hanukkah is to light candles for eight nights. It was intentionally popularized as a way to allow Jewish people, especially children, to commit to the religion in the midst of an important and commercially appealing holiday season for Christians.

Myth 2: The candles represent how a small amount of oil miraculously burned for eight days and eight nights.

Bust: Whether this miracle really happened is questionable, and not just because of the proven limits of oil. There’s no reference to this miracle in early sources based on firsthand accounts. Popular belief is this story was invented by a Rabbi hundreds of years after it supposedly occurred.

Bust: Well, yes, latkes (known to some as potato pancakes) are often eaten at Hanukkah, but latkes are iconic and can be centerpiece of many Jewish celebrations as well as eaten any other time of the year. Your typical latke is made of grated potatoes mixed with matzo meal and eggs, and fried in oil to a golden crisp. Creative chefs may experiment with ingredients such as Swiss chard, zucchini, chipotle, feta cheese, and artichokes. Whether this detracts from the traditional dish is less important than the raucous debates about which topping is superior — sour cream or applesauce.

But latkes originated in Eastern Europe, not ancient Israel. And they were first made with curd cheese rather than potatoes. They are a traditional holiday food but not the centerpiece of a holiday meal. In fact, most Jewish communities in other countries use different foods that acknowledge the role of oil from the story of Hanukkah, including doughnuts and French fires.

This year, the first night of Hanukkah happens to fall on Christmas Eve, so both Jews and Christians will have a lot to celebrate that night. For those of you who celebrate Hanukkah, Chanukah Sameach! May the joyous spirit of the holiday follow you all the days of the year.

Editor’s Note: As our Hanukkah gift to you, please enjoy some wonderful Hanukkah stories from the pages of Cricket Media magazines. You’ll find one story attached to our Hanukkah blog from last year. And another, by acclaimed writer Isaac Bashevis Singer, below. Enjoy.

The Power of Light 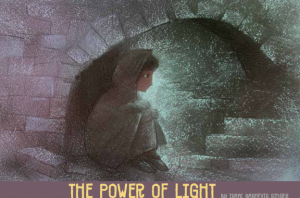 Cricket Media Mama has to confess she had to look up the correct spelling of Hanukkah… Hannukkah… Chanukkah?