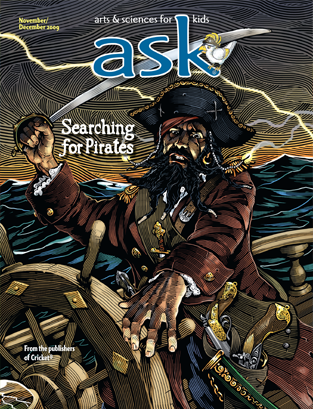 6 Easy Ways to Celebrate Talk Like A Pirate Day

Want to turn a regular Saturday into something special? A good chance is coming up on September 19, which is also known as International Talk like a Pirate Day. It may sound a bit silly, but it is just this type of silliness that often inspires the best family fun and fires a child’s imagination.

How do you celebrate Talk like a Pirate Day? Well, that’s up to you and your brood, but here are a few easy suggestions to help you get into the spirit and get the celebration started “Pirate Style:” Once you give in to the lure of the pirate, you never know where the adventure might take you. Ships were supposed to fly the flag of the country they came from, but pirates called no country home. Most pirates made their own flags. Though each was different, any pirate flag was called the Jolly Roger. Approaching an unsuspecting ship, wily pirates often flew the flag of a friendly country as a fake-out, a trick called flying false colors, hoisting their Jolly Roger only when the ship got too close to escape. Pirate flags were often black, with designs of bones, skeletons, and swords meant to terrify victims into surrendering without a fight. After pirates captured a ship, they hoisted the Jolly Roger to show it was now under pirate control. In books, pirates bury treasure chests brimming with coins and bars of gold, then make a handy map of where to find the loot. But alas, buried pirate treasure is just a myth. Pirates stole whatever ships carried— mostly things like cloth, grain, spices, sugar, or tobacco, not chests full of gold. Whatever money they made by selling the stolen goods, they usually spent as soon as they reached port, with none left over for burying on deserted islands for us to find. The pirates of Treasure Island and Peter Pan were modeled on European pirates who terrorized ships all over the Atlantic between 1650 and 1800. These pirates really did dress like Captain Hook, in knee-length breeches, jaunty hats, and fancy long coats. A silk sash used as a belt held a cutlass and a knife or two. They tied pistols on ribbons (one at each end) and slung them around their necks, for easy rapid firing. But pirates weren’t the only ones in ruffles—pirate captains dressed just like other ship captains and naval officers of the time (perhaps because the pirates stole their clothes, along with the rest of the cargo). When clean, these outfits were pretty snazzy, but real pirates had no fresh water for washing up. They were grimy and grungy and unshaven, and wore the same stinky clothes until they fell off in tatters. Pirates were an unhealthy lot. At sea, all they had to eat were hard, moldy crackers and salted meat swarming with maggots (parrot, anyone?). Forget fruits, vegetables, or cold glasses of milk. Sailing a ship is hard, dangerous work, and accidents were common, even without any fighting. Medical care was primitive. If a rope whipping around or a wild swing with a tool hit an eye, you got to wear an eye patch. Without proper care, cuts, wounds, and broken bones often got infected. If the wound was bad, the arm or leg would be amputated—cut off with a saw while other pirates held you down. A legless pirate could carve a limb from wood and attach it with a leather strap. Because peg-legged pirates were not great at climbing ropes, they often became ship’s cooks.