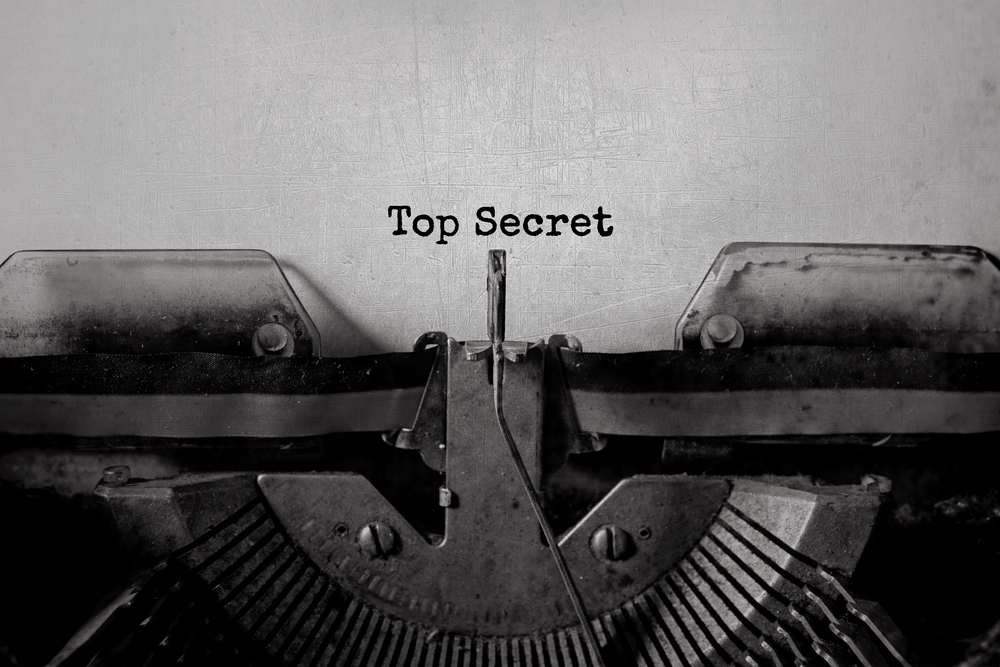 Imagine you have to send an important message to someone, but it absolutely cannot fall into the wrong hands. We’re talking top-secret, classified information. How would you make sure that only the right person reads it? Throughout history, people have come up with all sorts of inventive solutions to this conundrum. The latest issues of ASK and MUSE Magazines both explore some clever techniques for sending secret messages throughout history. Are you ready to uncover super-spy secrets?

Need to send an important message but don’t really care when your intended audience gets it? An ancient Greek ruler named Histiaeus had a unique method of keeping his messages secret. He shaved the head of a messenger, tattooed the message onto his scalp, and waited for his

hair to grow back before sending him to the message’s intended recipient. There, the messenger would shave his head again to reveal the secret. No word on how the messenger got back home without everyone else seeing the secret message. Maybe he wore a hat.

Elizabeth Van Lew was one of the most successful Union spies during the Civil War. Like many other female spies, her strategy relied on being underestimated. If a local man kept visiting Union soldiers in prison, other people in Richmond would probably get suspicious. After all, Richmond was the heart of the Confederacy. But how could they stop a young woman from charitably supplying the Union soldiers with baskets of food and clothing and other supplies while in prison? In fact, the baskets of food were part of her secret spy method. She was known to smuggle hollow egg shells concealing messages in baskets of eggs. And that was only one of her tricks!

The Proof in the Petticoats

Like we said, female spies throughout history have often hidden their messages in plain sight. During the American Revolution, a band of spies called the Culper Ring found inventive ways to communicate messages. Anna Strong’s method was the most creative of all– communicating via her laundry! When she hung out her laundry to dry on a clothesline, another spy watched with a telescope from across the bay. A black petticoat meant fellow spy Caleb Brewster was in town. The order of the rest of the laundry determined where they would meet that night. We hope Anna Strong’s fellow spies were never caught staring through a telescope at a woman’s laundry– how indecent!

For Hard-Boiled Detectives Only

Believe it or not, Elizabeth Van Lew was not the only person to send a secret message via eggs. It’s easy to think of invisible ink as a modern invention, but Renaissance-era scientist Giovanni della Porta combined invisible ink and hard-boiled eggs to send a truly unique form of secret message. He would write on the egg’s shells with invisible ink. Eggshells are porous enough to let ink leach through to the eggs underneath. Just peel the egg to read the secret message! The exact recipe and method is a little tricky to track down, and few have been able to replicate della Porta’s success. We can’t promise that della Porta even got it to work. But if you ever do, please let us know!

What could be more innocuous than a person knitting? Knitting has been used as a way to record or pass on coded messages throughout history and literature, maybe because it’s a pastime often associated with sweet old grannies. The two major kinds of stitches in knitting can be used to replicate the Morse code.

In the Belgian Resistance during World War II, women who lived near railway yards would record the comings and goings of trains through their stitches, sometimes intentionally dropping a stitch to create a hole. An elderly woman colorfully called Molly “Old Mom” Rinker dropped messages hidden in yarn balls to soldiers during the Revolutionary War from her favorite knitting spot high atop a rock. Nobody ever searched her basket!

The most famous knitting spy was Phyllis Latour, a World War I era spy. She’d knit secret messages onto pieces of silk, which she could conceal in her hair tie. Latour walked around with secret messages in her hair! Although she was caught and examined by an enemy officer, they never thought to check the hair tie!

Coded messages have always been one of the most important ways for spies to communicate. One of the most famous leaders in history used a code that was so simple, a child could learn it– but to the untrained eye, it’s just gibberish. The famous Caesar cipher consists of shifting every letter in a message down several places– for example, 3 letters. So

Try to decode this message from us and see if you can crack Caesar’s cipher!

Have you ever heard of any off these spy strategies? What’s your favorite?