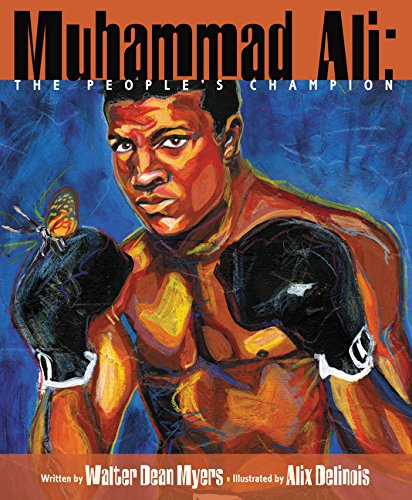 by the ePals Team

February is Black History Month. A great way to celebrate and learn more about the achievements of African American’s is through the pages of a book. Lucky for millions of kids, there are so many books to choose from, that one is sure to capture your interest. There are books on great African American civil rights leaders such as Rosa Parks and Martin Luther King, Jr., books about the civil rights movement, books about the struggle for freedom from slavery, books on inspiring athletes and musicians, and many, many more!

These are just a few of our favorites that you might want to check out: 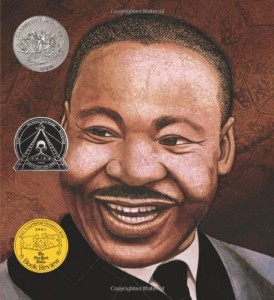 This book tells the story of Dr. Martin Luther King, Jr. growing up and his interest in the spoken and written word. He saw the impact and power that words had. The book tells how he grew up to be a minister like his father and how he used words and peace to make a powerful impact on the fight for civil rights for African Americans. It also shares pieces of history and Dr. King’s role in historical events such as the Montgomery Bus Boycotts, marches all over the south for civil rights, and the March on Washington where he gave his famous, “I Have a Dream” speech.

This book is a great choice if you want to learn more about the influence that Dr. Martin Luther King, Jr. had on the Civil Rights Movement and how his impact is still felt today. 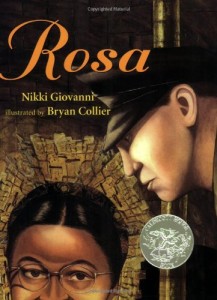 This book tells the story of Rosa Parks and her refusal to give up her seat on a Montgomery, Alabama city bus to a white passenger on December 1, 1955.  It shares how that moment helped spark a revolution that led to the boycotting of the Montgomery city buses by African American citizens. The illustrations by Bryan Collier add to the story, depicting the scenes from history.  The story explains the historical events, allowing readers to see why Rosa Parks is known as “The First Lady of Civil Rights” and “The Mother of the Freedom Movement.”

This book is a great pick if you want to learn more about the Montgomery Bus Boycott and the woman who sparked the movement, Rosa Parks. 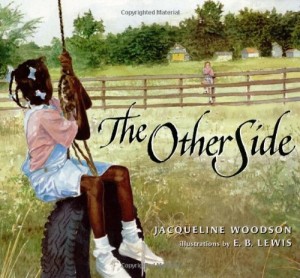 This book tells the story of two girls, neighbors, one white, Anna and one black, Clover. They live on opposite sides of a fence. Clover does not understand why she is not allowed to cross the fence to the white side of her town. Anna doesn’t understand why her new friend can’t cross either. The two girls form a friendship, sitting on top of the fence.

This is a great book if you want to find out about segregation through the fictional eyes of two children. 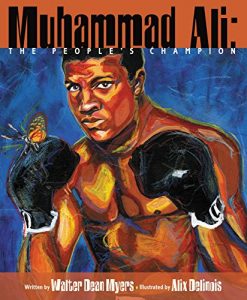 This book tells the story of Cassius Marcellus Clay, Jr., better known as Muhammad Ali, and his life growing up in Louisville, Kentucky.  The book recounts his famous boxing matches and how the man who was said to be able to, “float like a butterfly, sting like a bee,” became a heavyweight champion in boxing as well as an Olympian.   The illustrations by Alix Delinois add to the book, depicting the life of Ali through images that look like paintings.

This is a good pick if you are a sports fan and want to learn more about the life story of Muhammad Ali and what inspired him to get into boxing. 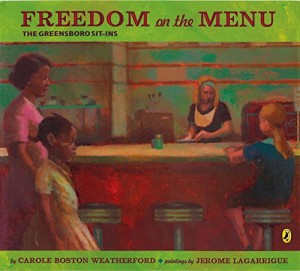 Freedom on the Menu: The Greensboro Sit-Ins

This book tells the story behind the sit-ins at the Woolworth’s lunch counter in Greensboro, North Carolina. The story is told from the perspective of 8-year old Connie and what she saw as four young African American men refused to leave the the counter after requesting to be served.  Their refusal sparked a protest that lasted six months, with people staging sit-ins to gain more rights for African Americans.  Connie tells the story, sharing what life was like during the time of segregation.  The illustrations also add to the story, providing pictures that allows the reader to further imagine what life was like during those times.

This book is great if you want to discover the story behind the Greensboro Sit-Ins and what life was like for African American’s during segregation.

Many topics related to Black History Month have also been covered by Cobblestone Magazine over the years. Be sure to check out back issues on The Antislavery Movement, African American Inventors, The Road to Civil Rights, African American Education, and more at shopcricketmedia.com.