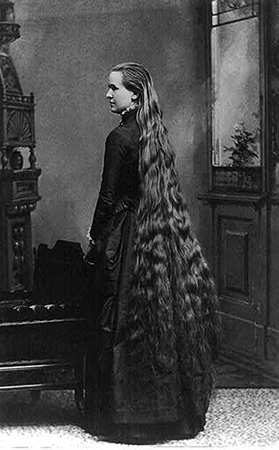 The Strange But True Obsessions of Two Great Innovators

One of the best parts of my job as CEO of Cricket Media is getting a first look at the fascinating content that streams out of our editorial department, from high-quality new fiction for kids of all ages to science facts I never knew. One of my favorite all-time articles in ASK contained stories on strange but true stories about two trailblazers in their professions – and where their obsessions led them in their careers. These two stories are a great testament to the power of perseverance and a lifelong passion for breaking new ground – not to mention the upsides of an obsession that others would call odd.

If you are currently living with a kid with an odd obsession or two of his or her own, take heart! That same sense of stick-to-it-ness that can sometimes be exasperating for those who don’t share the obsession, has the potential to lead to new products, new ideas, and even new inventions with the potential to change the world.

Martha Matilda Harper was born into a large, impoverished family in Canada and sent away to work at the tender age of seven. She became a servant for a holistic physician who taught her about science – as well as scalp hygiene and hair brushing, which apparently were not common practices in the Victorian era. This launched a long-term interest in hair dressing. Ms. Harper went on to work as a servant for 25 years, eventually moving to Rochester, New York, where she dreamed of becoming an entrepreneur as she wowed her employers with her hair care skills, not to mention her own floor-length hair. She eventually opened the first public hair salon with $360 in lifelong savings – at a time when women didn’t leave their homes to have their hair done. Martha’s own luxurious tresses were good advertising,and she was wildly successful She expanded into 500 other salons and is credited with pioneering modern retail franchising. Susan B. Anthony was one of her biggest fans, and President Woodrow Wilson reportedly got a scalp massage at her Paris location while hashing out the Treaty of Versailles. This pioneering businesswoman helped many poor women start their own businesses, making her my new favorite CEO role model.

If you are currently living with a kid with an odd obsession or two of his or her own, take heart! That same sense of stick-to-it-ness that can sometimes be exasperating for those who don’t share the obsession, has the potential to lead to new products, new ideas, and even new inventions with the potential to change the world.

Charles Goodyear, the self-taught chemist and engineer, imagined everything could be made from rubber, from money to musical instruments. He just had to discover the way to render it into the right form. Over the course of his life, he wore rubber hats and ties and even ate from rubber dishes, persevering amid financial ruin and years of failed experiments.

During one of his stints in jail for debt, he had his wife bring him raw rubber and a rolling pin so he could keep experimenting. He spent hours and hours chopping, kneading and rolling out the rubber and tinkering with his inventions. Goodyear’s family later camped in an abandoned rubber factory when they ran out of money. He pressed on. According to the Goodyear Company (which is named in his honor but not linked with the man): “With endless patience he roasted bits of rubber in hot sand, toasted them like marshmallows, steamed them over the teakettle, pressed them between hot irons. When his long-suffering wife took her bread from the oven, he thrust in chunks of evil-smelling gum.”

Charles finally mastered vulcanized rubber, and he had his portrait rendered on rubber. While one of our greatest (and most fanatic inventors), he never did succeed financially. He was plagued by patent pirates and bad business deals, but he never grew bitter that he didn’t benefit from the rubber revolution: “A man has cause for regret only when he sows and no one reaps,” he said at the end of his life.

Photo of Martha Matilda Harper from the Library of Congress. Her hair extends all the way to the floor in this image.

0
PrevBeyond Doctors, Ballerinas, and Soccer Players
Teaching Competence: Could it all start with socks?Next