The Best of The Slam 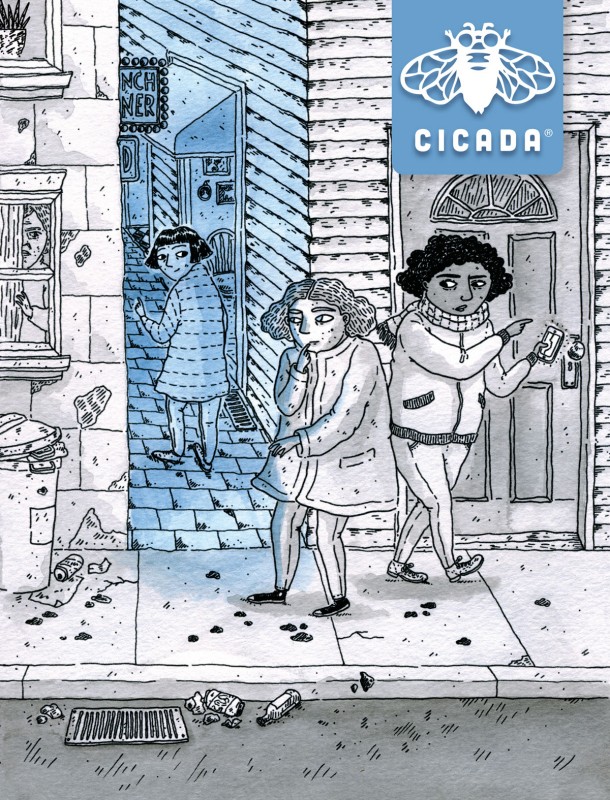 Topics: Stories & Poems
Ages: 9 and Up

Every January, Cicada rings in the New Year with Best of The Slam. The Slam is our online writing forum; it’s a space to post poetry, short fiction, critiques, encouragement, and supplications to the Great Miffed Emu (patron bird-saint of The Slam, known for its beneficence toward online writers and its lack of tolerance for typos).

If your teen is longing for a smart, kind, wildly creative online community, they should check us out at www.cicadamag.com/theslam.

Want to know more about the Slammers? Here are a few things we’ve gleaned from our weekly Tuesday Afternoon Poll:

Here are a few pieces that made it in to Best of The Slam 2015. We’re crazy excited to see what happens on the space in 2016!

Handful of Grackles by time traveler

I.
chickens have dragon eyes,
he says—imagining the flames
spouting from their inquisitive beaks.
(it’s rather funny when cowardice and bravery are the same.)

II.
the hillside is sketched
with charred sentinels, burned
skeletons from the same day
we caught the falling ashes
on our tongues like snowflakes.

III.
crackling popcorn-light
tracing smoke
across the kitchen sink.
the smell of matches
clings to her fingers,
tasting the salt of bare skin.

For more great stories and poems for your literary teen, be sure to subscribe to Cicada, our magazine for teens ages 14+.

2015 was a year filled with inspiring, inventive, and imagination-enriching stories and articles in all of Cricket Media’s magazines. Even for the editors, it was hard to choose a favorite (“It’s like having to choose a favorite child!” complained one editor.) but choose they did. Today we a […]