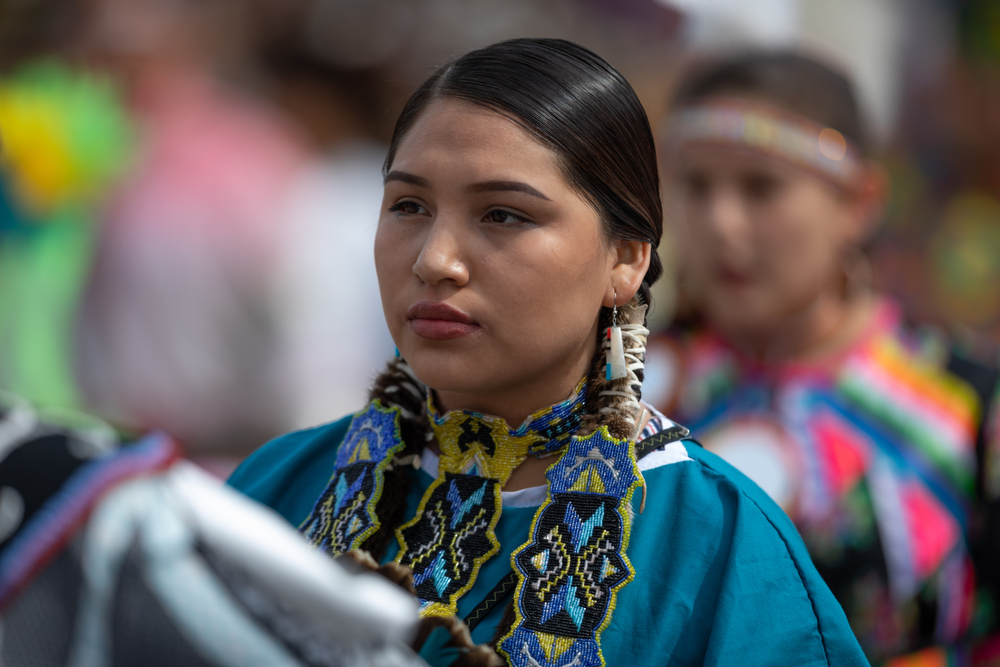 4 Endangered Languages (And What People are Doing to Save Them)

Our planet is full of a dizzying array of languages. Experts estimate that over 7,000 languages are spoken on Earth. But they’re also doing their best to transcribe and record those languages in action– because about half of them might disappear by next century. What are some of these rare languages? Who speaks them? And how can a language be ‘saved?’ The latest issue of MUSE Magazine, which is all about “The Edge of Extinction,” dives into those questions.

UNESCO considers Navajo a ‘vulnerable’ language, the lowest tier of ‘endangered’ languages. Although it has more speakers than some of the other languages listed here– in fact, it’s the most-spoken indigenous language in North America– the number of speakers has declined sharply over the years.

Boarding schools run by religious organizations on Navajo/ Diné land did great harm to the language. There, children were required to speak English and practice Christianity and were punished for speaking Navajo. It’s no mystery why those students might not pass the language down to their own families. Although the language is spoken by well over 170,000 speakers today, many children are born into bilingual families, speaking both Navajo and English, and speak mostly English at home. As they are exposed to more English outside the home environment, it’s easy for kids to lose familiarity with Navajo.

Efforts to save the save the language began earlier than many of the other languages featured here. Linguists Robert W. Young and William Morgan collaborated on that much-needed dictionary in the 1940’s, and the Bilingual Education Act passed in 1968 allowed students to be educated in their native languages. Arizona State University and Diné College both offer college classes in the language and visitors to the Navajo Nation can spot many street signs written in the language. You may even be able to pick up copies of your favorite media (like Star Wars movies) translated into Navajo. Will these efforts be enough to encourage the next generation of students to pass the language down to their own children? Only time will tell.

While Navajo is a vulnerable language, Ainu is a critically endangered language. Two dialects of Ainu have already died out, with only Hokkaido Ainu remaining. Tragically, only around 5 fluent Ainu speakers remain, most of them quite elderly, and about 300 people say they know some of the language.That does not mean, however, that nobody’s working to preserve it– quite the opposite!

The Ainu are an indigenous ethnic group in Japan, though they weren’t officially recognized as such until 2019. For many years, they were forced to adapt to Japanese culture and language, and like Navajo, speaking the language in school was forbidden. Many hid their ethnicity due to the stigma. Today, experts think that up to two-thirds of Ainu youth today don’t even know about their Ainu heritage.

Starting in 2016, the Cultural Affairs Agency has aimed to record as much Ainu speech as possible. By the year 2026, they hope to have over 4,000 hours of the language archived, translated, and transcribed. A new Ainu cultural center, called Upopoy, opened a few years ago. It gives visitors an opportunity to learn more about the Ainu culture, including the language.

Adults and kids can take classes in the Ainu language, and textbooks and recorded radio programs in the language are also available. If you happen to catch the bus in the town of Biratori, you might even hear announcements in Ainu at the bus station!

You can experience some Ainu language at Maya Sekine’s YouTube channel. Raised by an Ainu mother and a father who teaches the Ainu language, she has helped to spread her knowledge of the language and culture, and not just on YouTube. As a teenager, she recorded some of the bus announcements in Biratori!

According to the 2020 census, only 720 people speak the Seri language. Two small villages on the coast of Mexico contain all of the world’s Seri speakers. Members of the Seri people call their language “Cmiique iitom.” Unlike the Ainu or Navajo languages, most Seri people speak the language, but their community is so small that the language is still especially rare and vulnerable. And, as we’ve seen with other languages, the youngest generation still mostly speaks more dominant languages in school.

The Seri language has made some fascinating contributions to science. While most seagrasses aren’t nutritious for people, eelgrass is, and it’s an important part of the Seri diet. Their indigenous term for eelgrass reveals its use as a grain staple– something that could help treat world hunger. The Seri also refer to one species of turtle as “moosni hant cooit,” which means “turtle that descends.” Scientists didn’t know that the turtle hibernates on the ocean floor, but the Seri people did. In 2005, a scientist named Juan Carlos Pérez Jiménez discovered a new species of smoothhound shark. He named it Mustelus hacat, after the Seri word for shark (hacat).

Currently, the Seri-speaking population is relatively stable. According to census records, numbers have grown since the mid-20th century. But in this digital age, documenting the language is more important than ever!

The Romani language is almost the opposite of Seri. While Seri exists in an extremely limited area, people speak Romani all around Europe. Around 3.5 million people speak Romani. It’s even an officially recognized minority language in 16 countries. Still, UNESCO classifies the language as “Definitely Endangered.” Very few children get the opportunity to learn in Romani-language classes in school, and 3.5 million doesn’t sound like a lot when you realize there are 12 to 14 million Roma people in the world.

Graz University’s Romani Project describes the language as, “primarily oral, functionally restricted, dominated, stateless diaspora language with non-monolingual speakers.” These big words are all traits that Romani shares with other endangered languages. Basically, the language is mostly spoken, isn’t the dominant language anywhere, doesn’t belong to a specific state or country, and most of its speakers also speak at least one other language. The Roma people experience a lot of discrimination, and by extension, so does their language.

The Future of Romani

‘Romani’ isn’t just one language. There are at least a dozen different Romani dialects, with several of them distinct enough to be more like separate languages altogether. With so many different ways of speaking Romani, it can be hard to create dictionaries or teaching materials like with other languages. The quest to save the language comes with some difficult dilemmas. Must the language be standardized to save it? And if so, does that mean losing many other dialects?

So, what does a successful campaign to rescue a language actually look like? Hebrew is a great example. In the 1880’s, people learned Hebrew to read religious texts and recite prayers, but nobody spoke it as a first language. Think of Latin today– sure, plenty of people ‘know’ Latin, but they don’t chat with their friends in it. A man named Eliezer Ben-Yehuda decided to change that. He raised his family to speak Hebrew– and only Hebrew– at home. His son’s Hebrew education was so strict that Ben-Yehuda scolded his wife for singing a Russian lullaby in the house. He also compiled a dictionary of the Hebrew language, incorporating new words for modern concepts, expanding the known lexicon from 8,000 words to more than 50,000. Not all of his new words caught on, but enough did to make a difference.

Today, about 9 million people speak Hebrew. But Eliezer Ben-Yehuda’s son, Ben, was the first person to speak Hebrew as a native language in the modern age.

What will the future of endangered languages look like? Will formerly-dying languages make a resurgence like Hebrew, or slowly die out? That depends on us!