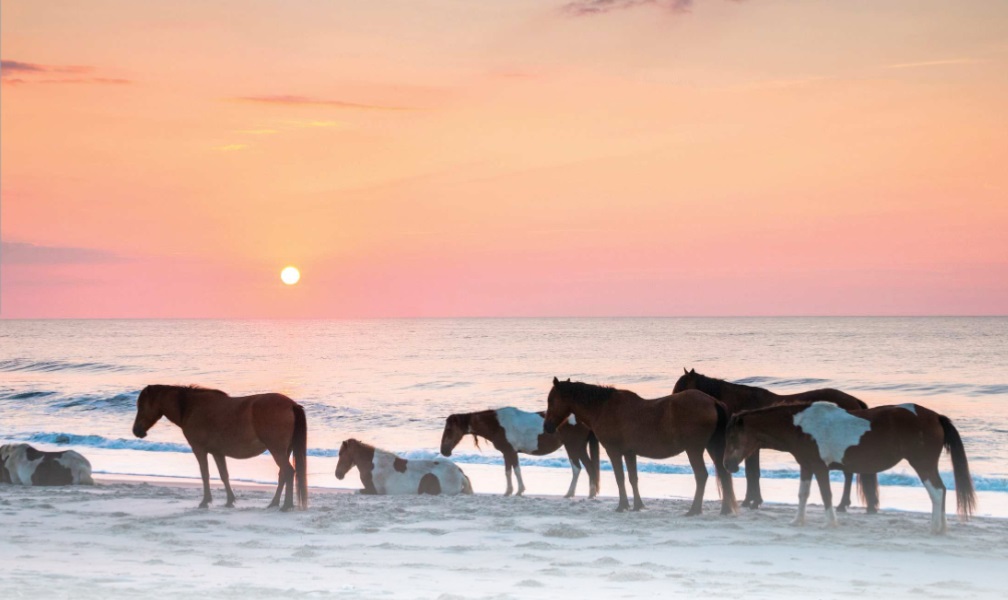 8 Amazing Islands That Are an Animal Lover’s Dream

If you’ve dreamed of discovering an island full of your favorite animals, then you’ve come to the right place! Explore a paradise of swimming pigs, an island overrun by cats, and even… a viper island? All of these amazing islands are featured in the pages of MUSE, FACES, and COBBLESTONE Magazines, and every one of them is 100% real! Just watch your step as you go: many of these islands are not inhabited by people. And when you visit, you may very soon find out why!

The Island of the Sharks

This one may sound a little backward. After all, sharks don’t live on land. That’s kind of their whole thing. But what about another island famous for its massive, scaly, toothy inhabitants? Isla Nublar, the fictional island that’s home to Jurassic Park, was inspired by Cocos Island. Just off the coast of Costa Rica, Cocos Island is uninhabited by people, but it’s surrounded by one of the world’s highest concentrations of sharks. There’s one big difference between the dinosaurs of Jurassic Park and the huge sharks that live around Cocos Island: the sharks are in more danger from us than we are from them. Humans kill over 100 million sharks every year, way more than are born. Fortunately, Cocos has been designated a national park and a UNESCO World Heritage Site, including the waters surrounding it. Now the sharks who call Shark Island home are fully protected by international law!

You can read more about Cocos Island in “The Island of the Sharks” from the July/August issue of MUSE Magazine.

Land of the Wild Ponies

How did the ponies get to Assateague Island? Nobody can say for certain. Some say that early colonists hid them there to avoid paying taxes on their farm animals. One romantic legend says they descended from horses that escaped from the wreck of a Spanish galleon in the 18th century. (In fact, the recent find of a fossil horse tooth indicates that that story might be real.) But either way, you can find these adorable little equines roaming all over this island off the coast of Maryland, Virginia, and Delaware. Nearby Chincoteague Island is home to people as well as ponies, but there are no permanent residents on Assateague. Instead, visitors can enjoy camping in a beautiful park run by the National Park Service. Just don’t pet the ponies! They may be cute, but they’re not tame!

You can learn more about them in “The Wild Ponies of Assateague Island” from the July/August issue of MUSE!

Much like Assateague’s ponies, pigs didn’t always call Big Major Cay home, and nobody’s quite sure how they got there. But this little island, uninhabited by humans, is home to a hardy colony of feral pigs. Visitors can spot them swimming in the turquoise water and prancing across the beach. Smaller than American farm pigs and dappled with different-colored spots and patches, these pigs sure know how to charm tourists. Although you aren’t supposed to feed the pigs, tourists often do, and the island is home to quite a few babies– so the pigs likely aren’t leaving the Bahamas any time soon.

These little piggies appeared in the article “Pig Paradise: Where Pigs Swim” from the July/August issue of MUSE.

Teddy Bears in the Trees

“If you go down in the woods today, you’re sure of a big surprise.” So go the opening lyrics of the classic song, “The Teddy Bear’s Picnic.” Visitors to Papua New Guinea might be in for a big surprise when they meet the island’s Matschie’s tree kangaroos. After all, they look less like the kangaroos we’re used to than adorable living teddy bears! These cute little guys live in the mountainous cloud forests of Papua New Guinea at elevations up to 11,000 feet. Their treetop homes are often as high as ten-story buildings! And like other kangaroos, they’re good jumpers, easily bounding from heights of 60 feet to the forest floor without getting hurt.

Sadly, scientists estimate that there are fewer than 2,500 adult Matschie’s tree kangaroos left due to hunting and deforestation. Although tree kangaroos are specially adapted to survive, they may need our help to avoid extinction!

Learn more about them in the February 2022 issue of FACES Magazine!

Tashirojima Island off the coast of Japan may only be home to about 100 people, but it sure is crawling with kitties! It’s home to thousands of cats, all lovingly tended to by both locals and tourists. How did it become one of the world’s premiere destinations for cat lovers? It’s all a bit like the story of the old woman who swallowed a fly. Tashirojima used to be a big fishing island, and fishermen raised silkworms to serve as bait for the fish. But when mice preyed on their silkworm population, fishermen began to introduce cats to keep down the mice. They soon developed a soft spot for the cats and started feeding them. Many even believed the cats could predict good fishing conditions.

At the center of the island, you can find a shrine to cats called Nekojinja. Not only is leaving an offering at the altar said to bring good fortune, feeding the island’s cats allegedly serves the same purpose. Needless to say, it’s become a massive tourist attraction– especially since visitors can stay in the cutest cat-shaped cottages!

Read more about them in “Welcome to Cat Island” from the February 2022 issue of FACES!

Ghosts of the Forest

There’s nowhere on earth like Madagascar. That’s for a a very good reason: having split off from the Indian subcontinent over 88 million years ago, its isolation has allowed local plant and animal species to evolve in a unique way. Lemurs can only be found on the island of Madagascar. With their long tails, huge bright eyes, and pointed snouts, lemurs are hard to compare to any other animal– and there are over 100 kinds on the island! Almost all of them are classified as rare, vulnerable, or endangered. Due to their elusive natures and haunting cries, they’re sometimes called the “ghosts of the forest.” In fact, ‘lemur’ comes from the Latin word “lemures,” which means “ghost.”

Lemurs are only some of the amazing plants and animals that call Madagascar home. You can learn more about them in the article, “Madgascar: A One-of-a-Kind Island” from FACES Magazine!

This one might be a little less adorable than some of the other islands on this list, but no less cool! About 90 miles off the coast of Brazil lies a small island called Ilha da Queimada Grande… or, unofficially, Snake Island! Unlike most of the other islands we’ve featured here, visitors are restricted from setting foot here. That’s because it’s home to a massive population of extremely venomous golden lancehead vipers. How venomous? A bite from one of these critters can kill a person in less than an hour. And being 90 miles off the coast, it wouldn’t be easy to get medical treatment if you encountered one of the island’s namesakes (or “namesnakes.”) While you might find a picturesque lighthouse on the island, it’s entirely automated with no lighthouse keeper. That’s because– you guessed it– the last lighthouse keeper perished from a snakebite in 1920.

While Snake Island may be dangerous to humans, it’s a lush paradise for snakes– and that’s a good thing. Golden lancehead vipers are critically endangered, and you can’t find them anywhere else on earth! So steer clear of Snake Island, but, if you’re a snake lover, you might enjoy one of the many documentaries about it! You can also learn more about it in the April 2022 issue of COBBLESTONE!

Life in the Slow Lane on the Galápagos Islands

Of all of the animal populations featured here, the Galápagos tortoises might be the most famous. This chain of islands off the coast of Ecuador plays host to many species found nowhere else on earth, making it a treasure trove for Charles Darwin’s research. The tortoises, weighing up to 800 pounds and living up to 150 years, play a key role on the islands’ ecosystems. They’re also seriously endangered! Although 97% of the islands belong to the protected lands of Galápagos National Park, conservationists are still racing against the clock to save the tortoises. Around 30,000 tortoises now live on the islands. This may sound impressive, but it’s only about 10-15% of their original population!

Tourists can enjoy the unique beauty of the Galápagos Islands at the national park and may even get to meet the famous tortoises! But if you do get the chance to visit this extraordinary place, be aware that these rare pleasures may get even rarer without a lot of work. The islands appear in the September issue of MUSE Magazine!

Have you visited any of these places? Do you want to? (Hopefully not Snake Island!) Let us know!