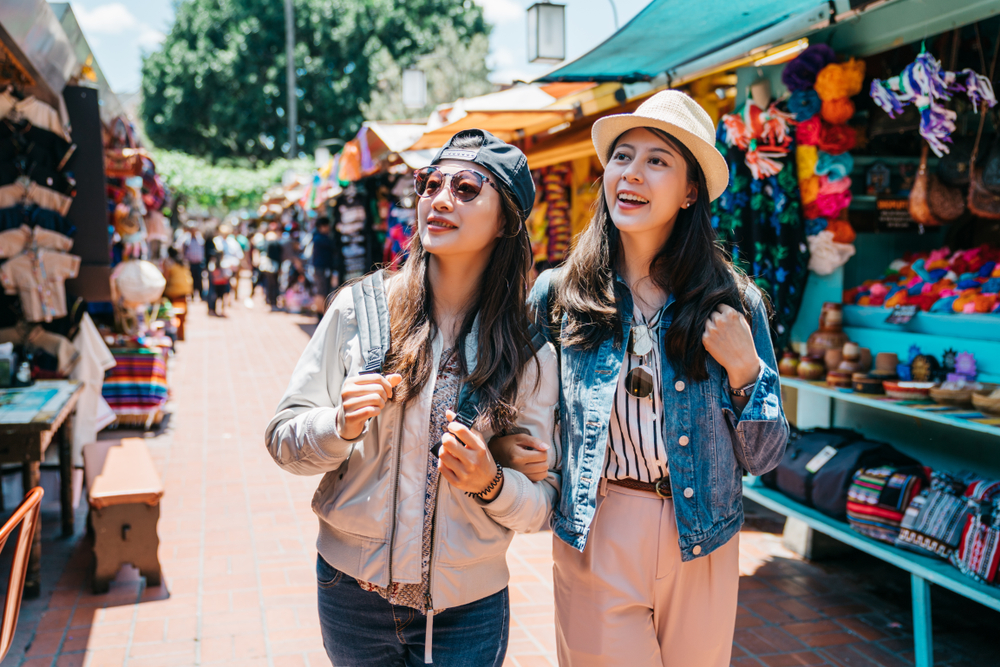 6 Reasons to Learn Another Language

It’s National World Language Week, and what better time to celebrate the beauty and importance of world languages? Did you know that there are between 350 and 430 languages spoken right here in the USA? Sometimes ‘world languages’ can be found pretty close to home. But despite the rich diversity of languages in our country, studies show that around 78% of the population only speaks English at home. If you’re part of that 78%, now is an excellent time to start learning a new language. It’s never too late to get started! And that brings us to some of the important benefits that come with learning a second (or third!) language!

Communicate with your community

As we mentioned earlier, over 350 languages are spoken here in the USA! Being able to communicate with your neighbors can help create lasting relationships and build community. For example, the USA has the second-highest number of Spanish speakers of any country in the world. Believe it or not, we rank above Spain; only Mexico has more Spanish speakers. Rates of Spanish speakers are growing fast. If you want to ask or give directions, enjoy a local community event, do a favor for a neighbor, or help someone in the event of an emergency, you may be glad to know Spanish! You may even make life-long friends.

Spanish isn’t the only language growing in popularity. You may find your local community has many speakers of Mandarin or Cantonese, Arabic, Korean, French, or another language. Even just beginner-level knowledge can get you a long way in building bonds with those around you.

So many career opportunities

Companies love to hire people who can speak another language! You don’t have to be 100% fluent for language skills to pay off in the workplace. As more and more businesses establish offices in other countries or sell products internationally, some knowledge of a second language can go a long way. Beyond the expected fields like language teachers and translators, speakers of two more languages can find a leg up in any jobs that require international travel or communication. That includes many government jobs, sales positions, and entertainment careers. You might have more opportunities to go on important trips or participate in important projects.

Learning another language is equally helpful in jobs that deal with the local community. For example, social workers, lawyers, or teachers who know a little of another language can communicate much more effectively. And if you are bilingual? Studies show that bilingual students may make over $67,000 more over the course of a lifetime than their monolingual counterparts!

Learning another language changes your brain– in a good way! Like any muscle in the body, the brain needs regular exercise and challenge to perform its best. You’ll start noticing some advantages after just a few months of studying a new language. For example, adults who practiced learning a new language showed similar results to those using a brain-training program: improved working memory and executive function.

It’s a common myth that our brains can no longer change for good once we’ve reached adulthood. In fact, we can keep creating new connections and developing areas of our brains well into our senior years. The language centers of brains are particularly flexible. Working them out can improve our abilities to switch between tasks and focus on problems, just as we switch between languages. Forget crossword puzzles and Sudoku, practicing a new language is a great way to stay sharp long after leaving school!

Take the journey of a lifetime!

If you’ve always dreamed of visiting Paris or have a life-long fantasy of walking the Great Wall of China, learning a new language is a wonderful way to inspire you to work toward that goal. As you save for your dream vacation, you can practice a language to prepare for the trip. Being able to speak with locals will mean a much more exciting vacation. You won’t have to stick to touristy areas or use bilingual guides. You might even get better deals on items you purchase!

Even if you’re visiting a country where many locals speak English (like Germany), learning another language can enrich the experience. You’ll know how to order in local restaurants, you’ll be able to understand signage in museums, and it’ll be so much easier to find your way around town. One scenario where knowing a little bit of another language came in handy: a family of tourists at the Berlin Zoo leaned close to the tiger enclosure, trying to get a good view of the animals. Another visitor pointed out the signage, translating to, “Stay back from the tiger. He sprays.” Only then did the family notice the wet marks on the floor where they’d been standing! They were lucky to have a German speaker in their midst, or they might have been in for an unpleasant surprise!

Enjoy the wider world of media!

In 2020, Parasite made history as the first non-English film to win “Best Picture” at the Academy Awards. Director Bong Joon-Ho said, “Once you overcome the 1-inch-tall barrier of subtitles, you will be introduced to so many more amazing films.” You can also enjoy so many more films, shows, and music albums if you speak the language in question. Even if you only know a bit of the language, it might add some nuance to the experience beyond the subtitles themselves. Parasite is only one piece of Korean media that’s become tremendously popular in the USA. K-Pop is all over the charts, and Squid Game dominated pop culture last year. But there’s been some controversy over the quality of the subtitles in Squid Game. It turns out that people who understand Korean may have a more authentic experience.

This year’s Oscars-nominated films include Drive My Car, a Japanese film, and West Side Story, which included some untranslated Spanish dialogue. A Spanish song from hit movie Encanto, “Dos Oruguitas,” was nominated for Best Song. We may soon see an explosion in popular non-English media!

Explore your family heritage and culture

You might remember that we mentioned that around 78% of Americans speak only English at home. America is such an ethnically diverse country that this may come as a shock. Most of us have ancestors only a few generations removed who learned English as a second language. Many emigrated from other countries and learned English to assimilate with their neighbors, choosing not to pass their native languages on to their children. Decades ago, many experts believed knowing two or more languages would put children at a disadvantage and encouraged speaking English only in the home; we now know that’s false.

In this era of DNA tests like 23andMe or Ancestry.com, many of us gravitate toward learning about our past and our heritage. Recently discovered that your great-grandfather emigrated from Italy and want to learn more about your Italian heritage? Still have living relatives who primarily speak Mandarin and want to forge a connection to them? Inherited a family recipe book written entirely in Russian? It’s the perfect opportunity to learn another language!

Are you ready to take the plunge and learn a new language? Fluent City offers virtual language lessons for adults in 11 different languages. Plus, you can choose from individual or group classes. If you have kids who are also interested in picking up another language, NeuLingo offers virtual Mandarin classes for school-age children. We can’t wait to see what you discover when you learn a new language!

0
Prev12 Facts You May Not Know About Harriet Tubman
How To Read More as A Family (Plus 3 Free Stories!)Next