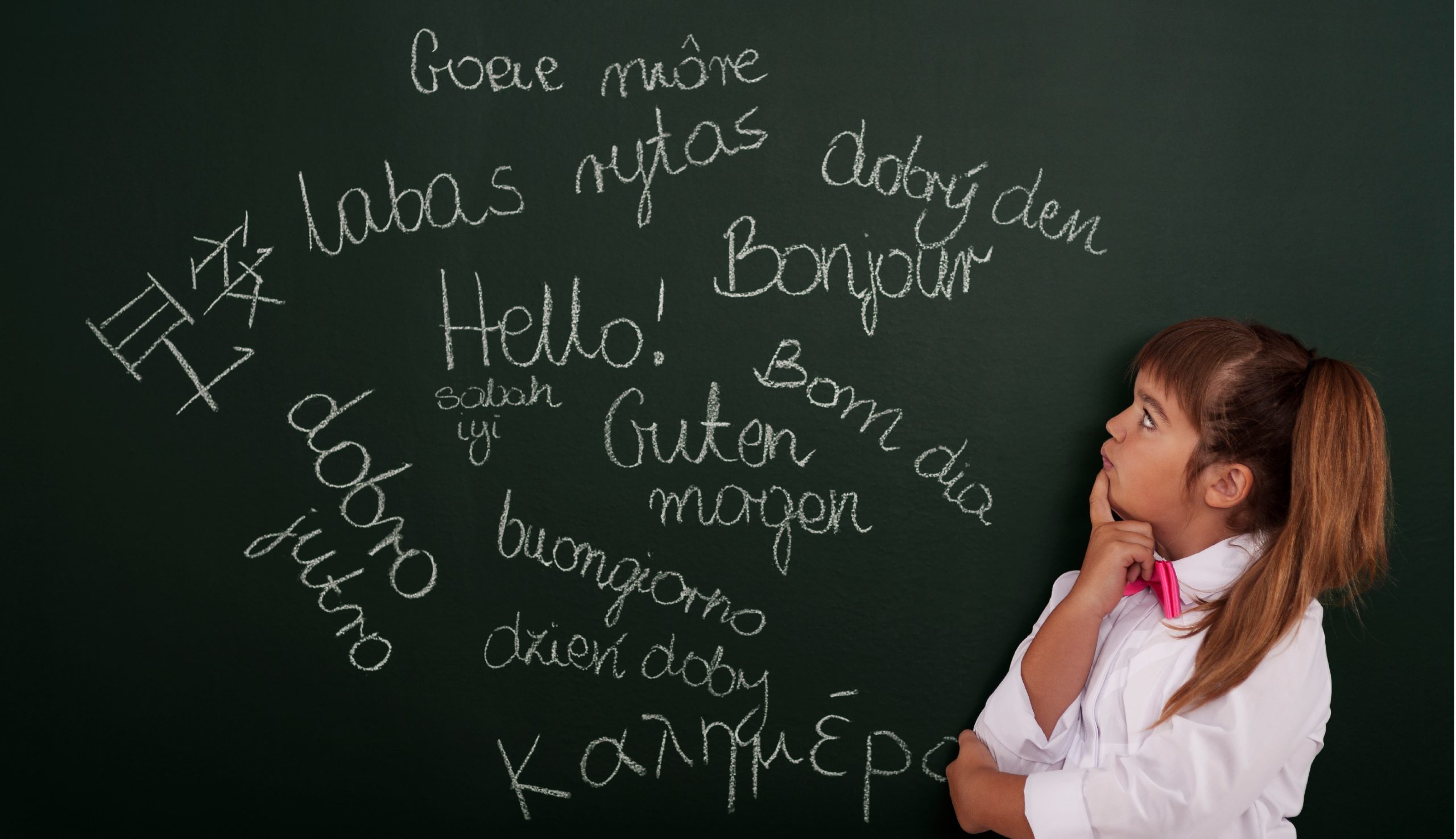 The Powerful Benefits of Being Bilingual

In an increasingly small world, it’s more important than ever for kids to learn a second language. Only around 20% of school-age kids (grades K-12) are learning a foreign language in school, compared to around 92% of kids in Europe. That means that American parents who want to raise bilingual youngsters may have to turn to other language learning methods. Considering helping your kids learn a new language? Here are some benefits to bilingualism!

Learning a new language doesn’t just make you look smart– it can actually help boost your brain! Learning a second language from an early age is shown to boost cognitive development. Bilingual kids often outperform their classmates in skills ranging from music to math. Working memory and executive functioning skills are often especially strong in bilingual kids. And these advantages go far beyond childhood. On average, bilingual people develop Alzheimer’s Disease about 4.5 years later than speakers of only one language, and bilingual stroke survivors tend to recover twice as quickly. Switching between two languages is like a workout for your child’s brain that keeps cognitive skills strong.

Connect with family and heritage

You’ll often hear children whose parents speak English as a second or third language express regret that they never learned their own heritage languages. In the 20th century, parents were often encouraged to raise their children to speak English. Teachers used to believe that bilingualism would hold kids back. Now, more and more families embrace the importance of learning a heritage language. A child learning Italian can forge a deeper bond with a grandparent halfway across the world who only speaks Italian, learning many valuable stories and traditions. Parents who are English language learners can communicate more easily with their children if they learn their parents’ first language. Bilingual kids can enjoy books, movies, and music from their families’ cultures and feel a deeper connection to their heritage.

More success in the job market

If you’re a parent of a 6-year-old, it may seem a little soon to think about your child’s future career, but the benefits of learning a second language can last a lifetime! Speaking another language will help your child stand out in a pool of college or job applicants, and bilingualism comes in handy in career fields as varied as national security, business, education, tourism, and the military. Bilingual employees may find they’re entrusted with more high-level responsibilities and may even earn more money! One study shows that bilingual college graduates earn about 2% more in wages than their monolingual counterparts– and that 2% adds up. Your child might end up with $67,000 more in savings over the course of a lifetime. That’s pretty impressive!

Visiting a different country is a lot more fun when you can speak the same language as the locals. Instead of feeling like tourists or outsiders, bilingual travelers can look forward to a more immersive experience. You’ll know what to order in the local restaurants, read the plaques in museums and tourist sites, strike up conversations with locals, and most likely get better deals!

When you learn a new language, you acquire cultural knowledge as well as vocabulary. That means you’ll be more familiar with local customs, manners, traditions, holidays and– very important– food! Your bilingual child can help the whole family navigate international travel. The rest of the party will be grateful for their knowledge, especially when it comes time to ask strangers where the bathroom is.

The world seems smaller than ever. With the rise of mass communication and remote work, coworkers don’t necessarily have to live in the same neighborhood. Your child probably communicates with people around the world on social media– or will as they get older. Being a 21st century global citizen means developing cultural empathy, awareness of others, and tolerance and understanding for other communities. Kids want to make the world a better place, not just their own communities. Learning another language is a great way to start. Some studies show that bilingual kids are often more empathetic and more effective communicators, crucial tools for growing up as global citizens.

Are you ready to see the benefits of bilingualism for yourself? Sign up for our $0.99 trial class to discover how NeuLingo can help your child learn Mandarin!