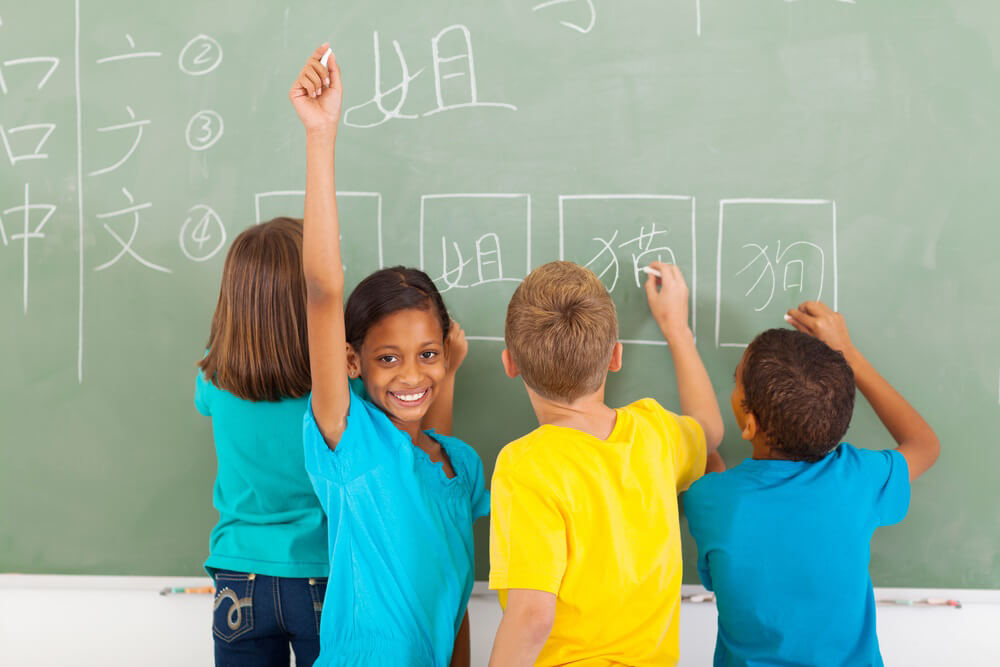 Mandarin Chinese is one of the fastest-growing languages in the world, not to mention the U.S.A. Learning a new language is more accessible than ever for children, but choosing which language to study can be a tough decision. Here are a few reasons for parents to start their kids on track to learn Mandarin.

Connect with family or heritage

Many children learning Mandarin have family members who speak Mandarin as their primary language. Learning their language can make it easier to communicate with loved ones, especially since children tend to pick up new languages faster than adults. Other families want to make sure kids feel connected to part of their own heritage stretching back generations. When you learn a new language, you don’t just learn words and phrases but elements of culture and tradition, from holidays to traditional foods to figures of speech and more! Mandarin is a perfect way to connect kids to their past.

It’s one of the world’s most spoken languages

Amazingly, almost 20% of the world’s population speaks some variety of Chinese language, with over one billion people speaking Mandarin. That’s a big chunk of the world! In fact, it’s either the most-spoken or second-most spoken depending on whether you count Chinese languages together or specifically Mandarin. English also has over one billion speakers worldwide, which means that English-speaking kids who learn Mandarin will be able to communicate with almost half of the world’s population. Now that’s impressive!

It may open the door to more opportunities later in life

Kids who learn Mandarin may stand out from a pool of applicants when it comes time to apply for selective colleges– and when applying for jobs later in life. Bilingual candidates get an edge over others in many workplaces, and having employees who speak Chinese languages is especially helpful. China is currently the top trading partner for the US and many businesses are eager to create closer relationships with Chinese companies.

Learning Mandarin can help with learning other skills and subjects

Mandarin Chinese is different from other languages that kids may learn in school (like Spanish, French, and German) in a few key ways. Among them, it’s a tonal language and its writing system uses characters rather than the Latin alphabet. Learning a tonal language can help young kids recognize differences in pitch and sound, which can improve music skills, and learning to write and recognize Chinese characters can help with fine motor skills and art abilities. It may even help improve math skills!

Your child’s school may offer Mandarin classes! Get them a head start before their school starts teaching it or help them stay top of the class with lessons outside of school. As of 2017, 10.6 million US students (20% of students) were learning a foreign language. Of them, 227,086 were learning Chinese. It’s now the 4th most popular foreign language taught in schools, with every state except North Dakota offering instruction in at least some schools– both in primary and secondary education.

This is the most important reason of all! Kids will enjoy learning a new language and will feel proud of developing a new skill!

Are your kids interested in in learning Mandarin? Try a 99 cent trial with NeuLingo, a virtual Mandarin-learning program for ages 5-16!

1
Prev8 Free Stories, Crafts, and Recipes for St. Patrick’s Day!
The Powerful Benefits of Being BilingualNext