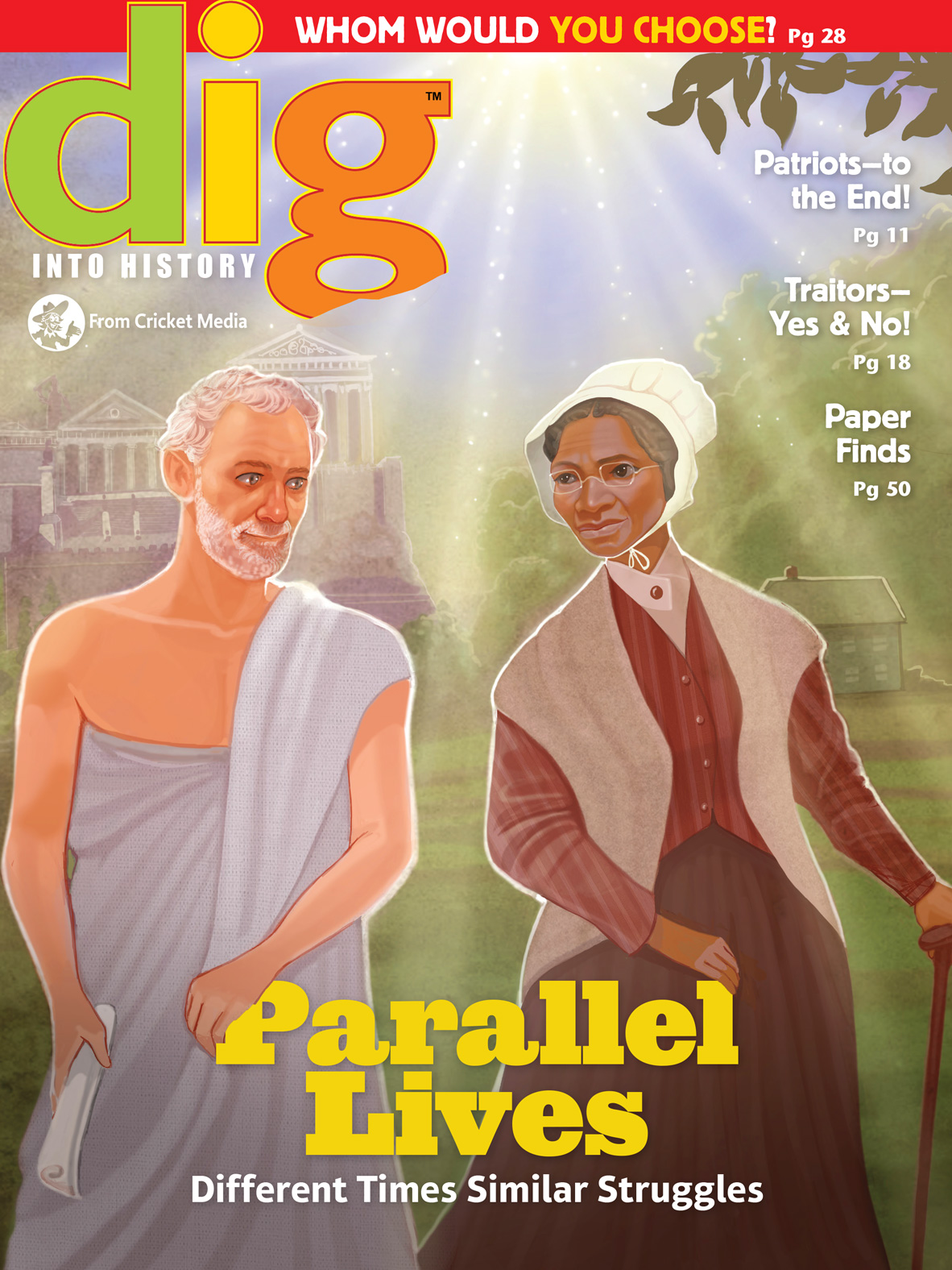 My love for the Classics, especially Latin began in ninth grade, with my first Latin class. I just loved everything about the language—from the declensions to the subjunctive to the four purpose clauses. So, as I thought about the themes for 2017-2018, I looked through the ancient Greek and Roman topics I had covered in past issues, and then—who knows how and why—I remembered Plutarch’s Parallel Lives. I had referenced that work so many times, both in school and since starting the magazine, but never done much else with it. True, it was a fascinating read and also interesting from the perspective of the personalities Plutarch had chosen to profile. Yet, how could I turn it into a theme for DIG? The answer definitely did not come right away. In fact, I worked on confirming the other eight themes for the year, leaving one slot open, just in case. If it didn’t work, I would find another topic.

Finally, as decision-time came for me to submit my final list of themes for 2017-2018, I looked again at Plutarch.  There had to be a way—now I was determined to find it. Another review of Plutarch’s work, and some ideas/thoughts began to pop up in my mind.  I would chose personalities from among those Plutarch had highlighted and parallel them with modern-day American personalities. And, I need to include women—ancient women. Plutarch had not done them—all his people were men.

My ideas and thoughts began to overtake my ability to keep them straight; there were so many ways I could handle the topic. “Calm down,” I told myself. “Let’s take this a little more slowly.” Ok, now, I had it—but I do not want to ruin the suspense for you, so here’s just an overview:

I am focusing the first section on orators, people who moved others to actions just with words.  I have five people: two that Plutarch paralleled, an ancient woman that I added, and then two orators—an American man and a woman—who lived in more recent times. The second section focuses on people who, for the most part, put their country above their own interests. Here, too, I included two of Plutarch’s choices, an ancient woman I choose, and two modern-day American people who did the same. For the third section, I focused on traitors, people who turned against the country they once had supported with great conviction. Again, I selected two of Plutarch’s people, an ancient woman of my choosing, and two modern American personalities who had done the same.

The ideas kept coming—how about DIG paralleling lives past and present.  Oh, I liked that idea. And, I had the world from which to choose! That was the difficult part, narrowing down the possibilities. Got it: two woman who had helped and then followed their husbands’ or families’ roles and excelled on their own; two patrons of the arts; and two philosophers whose teachings continue to be influential today.

What a great issue this would be—Plutarch would be proud!

But, I still had the Let’s Go Digging section to go. What could I do to complement Plutarch? I needed to sit back and think for a minute. An excavation site would not work here—but wait, a manuscript. That was it, I would focus the section on writing and paper, the materials the ancients used to write, which survived, which did not, and what happens to paper documents found on excavations. I needed a bit more—got it—I would include a piece on libraries in ancient times. And for artifacts—that was easy: the oldest-known example of a dated printed book.

Oh, I am going to love working on this issue, I thought. And, now that I have it almost ready for the designer, I can say that I definitely have! Hope you all will as well!

Order your copy of the May/June issue of DIG Into History. Don’t miss an issue of this award-winning magazine! Subscribe to DIG here.