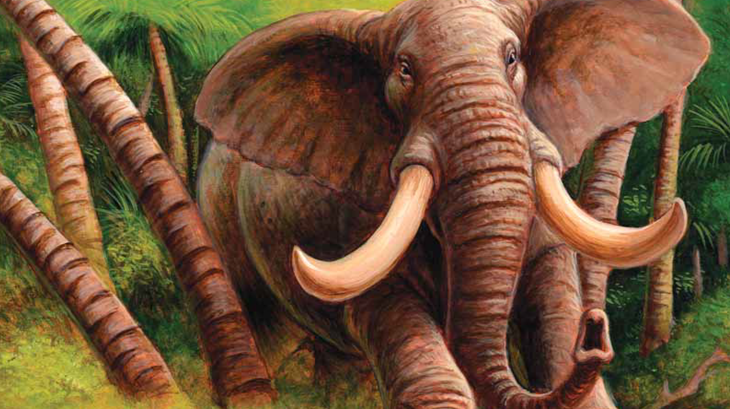 There aren’t many stories in the news that have the ability to bring tears to a child’s eyes like those that feature animals who have been hurt or killed either by accident or on purpose through human error or judgment. Children are natural animal lovers and they have an innate sense of fairness that is violated when they are exposed to stories where graceful and beloved creatures are treated cruelly. Whether the story is triggered by an oil spill that injures sea life or poachers who kill lions or elephants, it can be—no, it is—difficult to answer with any clarity the many questions that children ask in situations like these. As parents, we can only provide our children with the information and resources that (we hope) will allow them to do better for the world and the many diverse creatures who live in it.

We want to give our kids enough information to help them become conscientious world citizens without overwhelming them. We want to communicate to them that there are solutions, and that they can contribute. Ask Magazine published a story called “Saving Endangered Species” (March 2010) that’s a great example of a useful starting point for family conversations about why protecting wildlife matters – and why and how conservation really does work.

As parents, we want to give our kids enough information to help them become conscientious world citizens without overwhelming them and bringing on a sense of the problem being too big or too hopeless to even think about.

An amazing number of animal, plant, and insect species live on Earth, and they are always changing and evolving. As they change, some die out, or go extinct. Extinction is a natural part of life on Earth, but today scientists are worried that too many species are disappearing too quickly. Unfortunately, this is often the result of things humans are doing, such as hunting, destroying wild habitats, and polluting the environment.

Is there something we can do before it’s too late? Yes! As people learn more about the problems facing endangered species, they are finding lots of ways to help.

Peregrine falcons were once common over most of North America. But by the 1960s, only a few hundred were left. Farmers, who didn’t like falcons stealing their chickens, hunted them. People moved in and destroyed the forests and cliffs where they lived. But something even worse finally threatened to make these grand birds vanish for good.

In 1958 a marine biologist named Rachel Carson became concerned about a chemical called DDT, which was widely used to kill mosquitoes and insects that ate crops. When it was done killing the insects, the DDT didn’t just disappear. It washed into the soil and rivers, and even into the oceans, where it kept on killing.

Where DDT was sprayed, Carson noticed, birds began to disappear. Eventually she discovered that eating worms, fish, or plants laced with DDT caused birds to lay eggs with very thin shells, so that no chicks hatched. Peregrine falcons, bald eagles, and brown pelicans suffered the most, and all were in danger of going extinct.

Carson worked hard to persuade people that DDT was bad—back then, people didn’t understand the dangers of pollution. But Carson wrote a best-selling book that got people’s attention. Other scientists supported her, and eventually DDT was banned. The birds have recovered—now peregrine falcons even live in cities! While air and water pollution are still big problems for many species (including humans), we now try to find ways to control pests without hurting other wildlife.

Reserves: Making a Place for Animals

Deep in the Amazonian rainforest, the endangered red-faced uakari monkey forages for seeds in the treetops, while pink Amazon river dolphins swim among the trees of the flooded forest, feasting on fish that live in the floodwaters. Shy jaguars hunt for alligators and sloths.

This river is also home to the black caiman, a cousin of the alligator and the largest predator in the Amazon. Not long ago, people nearly hunted caimans to extinction for their skins, which were used to make fancy shoes and bags. Thousands were killed.

To help save the caimans and other endangered animals of the Amazon, the government of Brazil set aside this part of the forest as a reserve. Reserves are special areas of land or ocean kept just for animals to live in. The 2.7-millionacre Mamiraua Reserve is the largest in Brazil. Since it was established in 1990, the black caiman has recovered and is no longer endangered. Many other endangered species also find a haven here.

Humans are not allowed to hunt or harm any plant or animal in a reserve, making them one of the best ways to help endangered species. Reserves also help many species at once—animals, plants, insects, even microbes— including some that scientists have not even discovered yet.

Zoos to the Rescue

The coastal rainforest of South America was once a vast jungle, home to many animals, including a small honey-colored monkey called the golden lion tamarin. Then logging, farming, and cattle ranching destroyed all but a few small patches of the old forest. Many tamarins were captured and sold as pets. By the 1980s, they were on the brink of extinction.

Alerted to the danger, zoos around the world started a program to breed golden lion tamarins in captivity, while naturalists in Brazil set up a reserve to save their habitat. Together they worked hard to bring tamarins back to the rainforest.

Tamarins could be bred in zoos, but the zoo-born tamarins needed to be taught how to live in the wild. Scientists at the National Zoo in Washington, D.C., first allowed the tamarins to roam freely in a small wooded area at the zoo. This let the tamarins get used to real trees and big spaces outside a cage. Zookeepers hid food in tubes and tied them to trees to teach the monkeys to forage.

When they were ready, families of zoo-bred tamarins were flown to Brazil and released into the forest. Watchers were nearby to lend a hand or provide food and shelter while they got used to their new home.

The program has been a great success. Today there are enough tamarins in the wild that they are no longer critically endangered. Now scientists are working to enlarge the reserve and make corridors so the animals can roam over a wider area.

Kenya’s Mara River flows through the Masai Mara Reserve, watering the grasslands that provide food for the wildebeests, lions, cheetahs, rhinoceroses, elephants, giraffes, hippos, and zebras that live there. Kenya is also home to about 40 million people. And they all need water. The Mara brings water to farms and towns too. But this year the river is dangerously low. Where has all the water gone?

The answer lies far upriver, where the Mara starts, in Kenya’s Mau Forest. There, millions of leaves channel rainwater into streams. Tree roots hold the soil in place, keeping mud out of the river. But in recent years times have been hard, and people have cut down many trees for firewood or to clear land for farms. Without trees, the streams and rivers clog with mud and dry up. And without water, people and animals all suffer.

Wangari Maathai is a Kenyan activist who has worked for many years to encourage the people of Africa to plant more trees. She runs a program called Green Belt, which helps ordinary African women plant trees in their communities. It started as a way to make life a little better for the women, who often had to walk long distances to gather firewood.

But planting trees does much more. Tree roots keep dirt from blowing or washing away. This makes richer farms and cleaner water, and keeps the rivers flowing. Trees also give fruit, which people can eat or sell to make a little money. Trees clean the air and provide habitat for many birds and animals. With more trees, life is better for everyone.

Since it started in 1977, the Green Belt movement has spread to 20 countries and planted more than 40 million trees. In 2004 Wangari Maathai won the Nobel Peace Prize for her work to help her people and the planet.

Trees are good for the women of Africa, good for wildlife, and most of all, good for the future. In fact, taking action to help endangered species often turns out to help people too. After all, we share the same Earth!