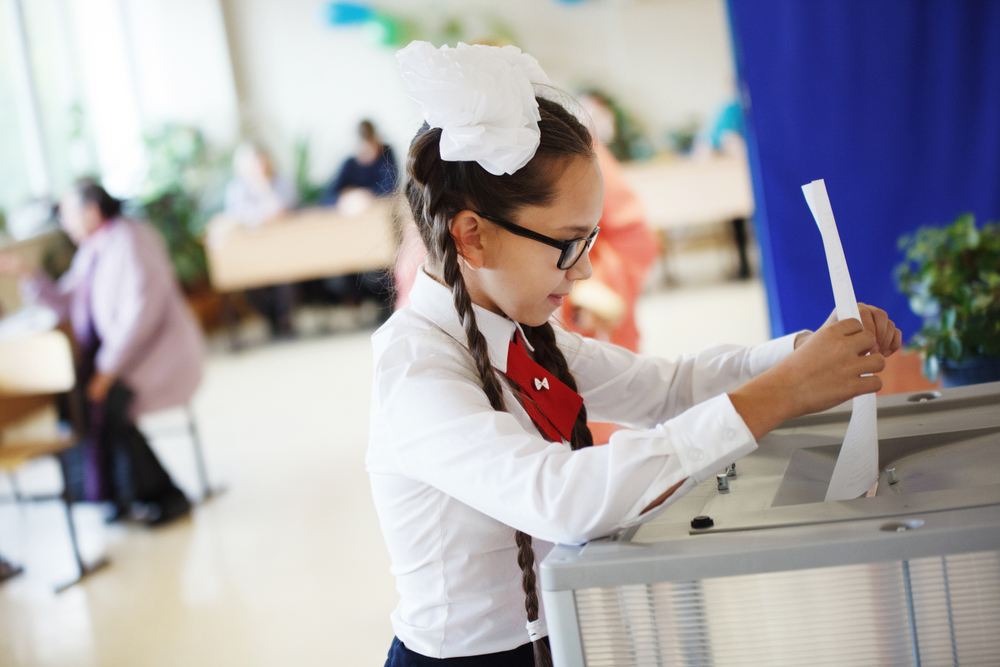 5 Surprising Facts about Elections Around the World

The whole country is gearing up for the next U.S. Presidential election, but there are other elections going on around the world, too! The latest issue of FACES Magazine explores elections around the world, past, present, and future. No matter how much you know about voting, you’re bound to be surprised by some of the different ways that people hold elections. Oh yeah– and did we mention that people aren’t the only ones to vote?

1. Not everyone votes with ballots

Even the most basic element of voting in the USA, the ballot, is not a universal concept. The very first known elections, which were held in Ancient Greece, used black and white pebbles to cast their votes. The Romans substituted balls of clay for pebbles and used their helmets as ballot boxes. In the early days of the American colonies, voters used colorful beans or corn kernels!

Other methods rely on sight and sound. Voters in a recent election in southwestern Africa had their arms painted green after they voted. Iraqis dipped a finger in a jar of purple ink. Gambian voters dropped a clear glass marble into a colored drum. When the marble fell, a bell sounded so officials could hear if a voter dropped in more than one marble. Because the bell sounded like a bicycle bell, they banned bikes near the polls.

American elections are usually held on Tuesdays in November. This practice began when many Americans were farmers, who don’t exactly have a Monday-through-Friday, 9-5 schedule. Growing and harvesting was usually over by November, giving farmers more time to step away from work and vote. Several countries, including Australia, Brazil, and Greece, hold elections on Saturdays or Sundays when fewer people will be working. Weekend voting certainly has its advantages, but it also complicates matters for those who observe Saturdays or Sundays as days of worship. The Netherlands vote on Wednesdays for a very practical reason: most schools have half-days on Wednesdays, and most polling places are inside schools!

When the U.S. Constitution was first established, only White property-owning men age 21 or older could vote. While those standards expanded over the years, the voting age stayed at 21 until 1971, when the 26th Amendment was passed, lowering the voting age to 18. After all, 18-year-olds could serve in the military, get married, and pay taxes!

Several countries allow teenager under 18 to vote, too. 16-year-olds can vote in Malta and Austria, and Germans can vote in local and state elections starting at 16. (They have to wait until their 18th birthdays to participate in national elections). But did you know that even American teenagers can participate in some elections? Around a third of states allow 17-year-olds who will be 18 in time for the Presidential election to vote in primaries.

4. Some elections take a long time to decide

While the U.S. Presidential election of 2016 had about 200 million registered voters, India has about 900 million registered voters in each election. That’s a lot of votes to count! Marcia Lusted Amidon’s article, “Elections in India,” from FACES Magazine follows the hard work of some of the 11 million election workers who make sure that every vote is counted. Indian election rules require polling places to be set up within 2 kilometers of every home. That means that election workers have to travel to remote locations to make voting accessible– carrying voting machines on the backs of elephants or across narrow bridges, traveling through glaciers, jungles, deserts, and more. One man, who lives in the middle of the Gir Forest, gets his very own personal voting machine in each election!

Instead of an election day, elections last between March and May until everyone has had a chance to vote. Announcing the winners can take up to 10 weeks. And you thought the anticipation was unbearable for U.S. election results!

5. Some animals vote, too

No, they don’t get to participate in the U.S. Presidential elections– donkeys and elephants are welcome in mascot form only– but animals have been observed in the wild making decisions by majority rule. Chimpanzees are among our closest relatives in the animal kingdom, and their ‘politicians,’ that is, chimp leaders, often gain support through doing favors for others. The chimp equivalent of kissing babies would probably be grooming baby chimps’ fur for bugs. If more than 60% of a herd of red deer stands up from a field, the herd will move on to graze elsewhere. African wild dogs sneeze to decide when break time is over, and when baboon parties set off in different directions, members of the troop must choose which leader to follow. In a way, they’re choosing political parties.

Honeybees are perhaps the most famous animal voters. They compete to lead the rest of the bees to their chosen pollen sites by doing a little dance-off! It can take several days before all of the bees settle on the same dance.