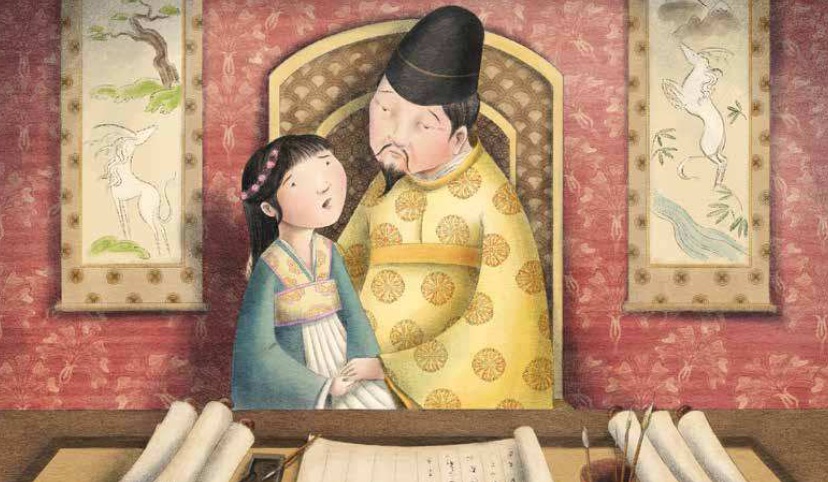 What could be better than curling up together to share a story? June 21 is Father’s Day, and we’re sharing some great stories featuring lovable fathers (and grandfathers!) for readers of all ages! From happy outdoor adventures to tales of problem-solving and overcoming obstacles, these stories are just right to share with Dad!

Tucker had his heart set on sledding in the backyard of his family’s new home, but the weather just won’t cooperate. Luckily, the weather is no match for Tucker’s creativity and his Dad’s support! This sweet story proves that sometimes, bad luck opens the door to trying new and exciting things. Tucker’s father is a particularly kind and positive example of a parent– just maybe supervise your children carefully if they want to recreate Tucker’s invention! “Tucker’s Hill” was written by Alicia McHugh with art by Phyllis Pollema-Cahill. Read and download it here.

A soccer-loving boy is proud to be best friends with an aquatic space alien, until the alien invites the entire soccer team over to dinner on his family’s spaceship. How will he eat dinner underwater? How will he breathe? What will they feed their guests? Fortunately, his dad encourages him to be positive and open-minded– and teams up with Blue’s dad to figure out plans for a perfect party! Read “Dinner at Blue’s,” by Patrick Riley and Lisa Mertons.

Harper has always dreamed of being an Olympic skater, but when she keeps falling on the ice, she decides it’s time to hang up her skates for good. It takes some encouragement from her dads to convince her to return to the ice– not for her Olympic dreams, but because there’s nothing in the world that she loves more than skating. Sometimes, parents can be pretty smart, even when kids don’t want to admit it. “The Human Zamboni” was written by Jennifer Sneed with art by Noa Kelner. Read and download it here!

In ancient China, a young princess named Kiyo meets a magical kirin (similar to a unicorn) that her father, the emperor, is hunting for its horn. Will she be brave enough to protect the kirin and stand up to her father? In “The Last Kirin,” a two-part story written by Miya Hikari with art by Nicole Wong, the Emperor may seem at first like an intimidating father, but he listens to his daughter and keeps his promise to her.

“With Daddy on the Beach” (LADYBUG Magazine, Ages 3-6)

This very short and sweet story about a papa bear who takes his two cubs to the beach is perfect for beginning readers. They can take their own turn reading it out loud to Dad this Father’s Day! The colorful artwork by Valeri Gorbachev, who also wrote the words, will remind kids and adults of joyful past vacations! Read and download “With Daddy on the Beach!”

Grandfathers deserve love on Father’s Day, too! In this charming story by Thea Schwartz with art by Lindsey Manwell, Chester can’t wait to visit his grandfather on the farm. He helps his grandfather collect sap from maple trees to make maple syrup– and Chester’s favorite treat, maple sugar on snow! If your child has ever wondered where maple syrup comes from, they may be surprised to hear that it comes from trees! Read and download “Sugar on Snow” here!

Every family is different. Some families, like Harper’s in “The Human Zamboni,” have two fathers. Some, like Kiyo’s in “The Last Kirin,” have a father but no mother. And some, like Chester’s, have a mother and a loving grandfather, but no father. Some dads are goofy and fun-loving and some are comforting and wise, while others are stern but loving. Which of these families reminds you most of yours?